The main role of the AMX is ground attack in visual and marginal weather conditions, with primary roles in long-range strike and air interdiction, close air support, reconnaissance and armed patrol. The aircraft is also highly effective in air defence missions and the lead-in fighter role.

The AMX programme originated from a requirement of the Italian Air Force for single-seater and two-seater combat aircraft for surface attack missions.

In 1982, a memorandum of understanding was signed by Italy and Brazil and the joint development and production programme was subsequently conducted by AMX Consortium, based in Rome, through Italian companies Alenia Aerospazio, now Alenia Aeronautica, (46.5%) and Aermacchi (23.8%) as well as the Brazilian company Embraer (29.7%).

In December 2002, the Venezuelan Air Force signed a contract with Embraer for 12 AMX-T. However, the USA blocked the transfer of US-built components and the order was cancelled.

Embraer was contracted by the Brazilian Air Force in January 2011 to modernise the structural components, and supersede and renovate the outdated equipment of 43 AMX fighters. It is a follow on contract to the upgrade contract signed in August 2004. Flight testing of the modernised AMX, designated A-1M, began in 2012 and the first delivery was made in September 2013.

In February 2005, the Italian Air Force selected Alenia Aeronautica to upgrade 55 AMX aircraft with new avionics, including INS/GPS navigation system, new communications systems and IFF (interrogation friend or foe), new displays and the addition of a capability to deploy smart munitions such as the Boeing joint direct attack munition (JDAM). First flight of the upgraded aircraft was in September 2005 and the first upgraded aircraft was delivered in March 2007.

The Venezuelan Air Force ordered eight AMX-ATAs in 1999 for the advanced trainer and attack aircraft role.

The AMX’s computerised weapon aiming and delivery system, supplied by Alenia, includes the radar and the stores management system.

The AMX can carry external loads up to 3,800kg. The aircraft has seven hardpoints – one on the centreline of the underside of the fuselage, two hardpoints under each wing and wingtip rails on each wing.

The Italian AF AMXs are armed with Lizard laser-guided bombs from Elbit. The bombs have 500lb mk82 warheads. The US JDAM joint direct attack munition is also fitted on the Italian AMX.

The aircraft is equipped with an active and passive electronic countermeasures system supplied by Elettronica. The radar warning receiver is mounted in the tail fin.

The pressurised and air-conditioned cockpit is fitted with a Mark 10L zero ejection seat developed by Martin-Baker, based in Uxbridge, UK. The cockpit’s environmental control system is supplied by Microtecnia. The single-piece wrap-around windscreen and single-piece canopy give the pilot a very clear view of the airspace and also a forward-downward view of 18° over the nose. The cockpit is NVG-compatible.

The cockpit is equipped with an Opto Mechanik and Alenia head-up display and an Alenia multi-function head-down digital data display.

The avionics systems are pallet-mounted for fast and efficient access for service and maintenance. The modularity of the systems allows alternative or upgraded systems to be installed.

The aircraft is equipped with UHF and VHF communications and an identification friend or foe (IFF) interrogator.

The Italian Air Force AMXs are equipped with a variant of the EL/M-20001B radar, operating at I band. Fiar in Italy manufactures the radar, which is designed by Elta in Israel. The AMX in operation with the Brazilian Air Force is equipped with the Fiar / Tectelcom SCP/01 radar. Venezuelan AF planes house Elta EL/M-2032 radar.

The aircraft retains its normal level of self-defence and attack capabilities when it is equipped for reconnaissance missions. The camera bay, just forward of the mainwheel bay on the starboard side, can hold the pallet-mounted photographic reconnaissance systems supplied by Aeroeletronica of Brazil.

An electro-optical infrared pod can be carried on the pylon on the centreline of the fuselage. For reconnaissance and battle damage assessment, the electro-optical and infrared system is equipped with digital recording and a data link.

A number of AMX aircraft in service with the Italian Air Force are fitted with the Oude Delft reconnaissance pod.

The aircraft is powered by the Rolls-Royce Spey Mark 807 non-afterburn turbofan engine, which develops 49.1kN. The engines are built under a licensed manufacturing agreement by Alfa Romeo Avio, Fiat and Piaggio in Italy, and by Companhia Electro-Macanica in Brazil. A Fiat FA 150 Argo auxiliary power unit is used for starting the engine.

The aircraft carries 3,500l of fuel in internal tanks, which gives a mission attack radius of typically 550km with a five-minute combat time over the target area. The internal tanks are self-sealing rubber bag tanks in the fuselage and two integral wing tanks.

The ferry range is extended to 4,000km, with two 1,100l and two 580l auxiliary fuel tanks carried on the wing pylons. The range and endurance time are also extended by in-flight refuelling, using a probe and drogue inflight refuelling system. 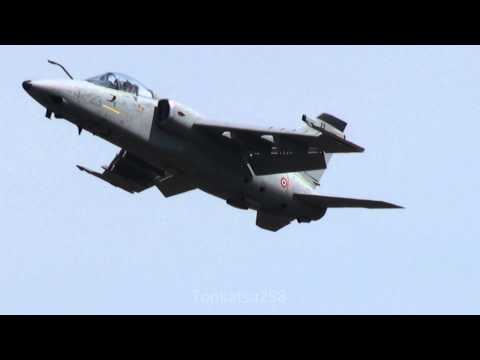 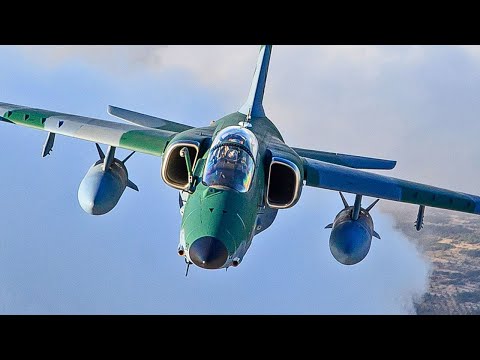 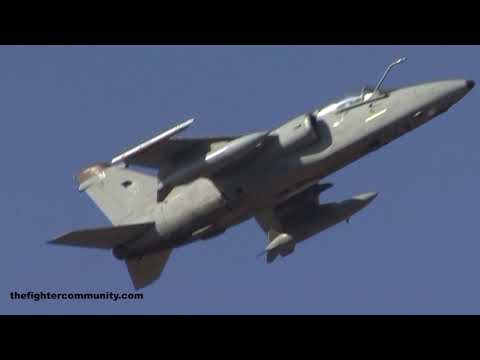