The Centauro is a family of Italian military vehicles originating from a wheeled tank destroyer for light to medium territorial defense and tactical reconnaissance. It was developed by a consortium of manufacturers, the Società Consortile Iveco Fiat – OTO Melara (CIO). Iveco Fiat was tasked with developing the hull and propulsion systems while Oto Melara was responsible for developing the turrets and weapon systems.

Over the years, the Centauro platform has been developed into multiple variants to fulfill other combat roles, such as infantry fighting vehicle or self-propelled howitzer.

The vehicle was developed in response to an Italian Army requirement for a tank destroyer with the firepower of the old Leopard 1 main battle tank then in service with the Italian Army, but with greater strategic mobility. The main mission of the Centauro is to protect other, lighter, elements of the cavalry, using its good power-to-weight ratio, excellent range and cross country ability (despite the wheeled design) and computerized fire control system to accomplish this mission. Centauro entered production in 1991 and deliveries were complete by 2006.

The main armament consists of the Oto Melara 105 mm/52 caliber gyro-stabilized high-pressure, low-recoil gun equipped with a thermal sleeve and an integrated fume extractor, with 14 ready rounds in the turret and another 26 rounds in the hull. The gun can fire standard NATO ammunition, including APFSDS (Armour Piercing Fin-Stabilized Discarding Sabot) rounds.

Secondary weapons are a 7.62 mm coaxial machine gun, and another 7.62 mm anti-aircraft machine gun with 4,000 rounds of ammunition.

Aiming is provided by a Galileo Avionica TURMS fire control system (the same as fitted to the Italian Ariete tank) and is equipped with a muzzle referencing system and a fully digital ballistic computer. The gunner’s sight is fully stabilized and comes equipped with a thermal imager and laser rangefinder. The commander’s station is equipped with a panoramic stabilized sight, an image intensifying night sight and a monitor displaying the image from the gunner’s thermal sight. This allows Centauro to engage stationary or moving targets while stationary or on the move, in day or night.

The Centauro hull is an all-welded steel armoured hull, which in the baseline configuration is designed to withstand 14.5 mm bullets and shell fragments with protection against 25 mm munition on the frontal section. The addition of bolt-on appliqué armour increases protection against 30 mm rounds.

Centauro is powered by an Iveco V6 turbo-charged after-cooled diesel engine delivering 520 hp (382.4 kW). This drives a ZF-designed automatic transmission, which is manufactured under license by Iveco Fiat. The transmission system has five forward and two reverse gears. This drives eight wheels, which are each equipped with an independent suspension system, and, furthermore, equipped with run-flat inserts and a Central Tyre Inflation System (CTIS). Braking is provided by eight disc brakes. Steering is provided on the first and second axles and at slow speed also with the fourth axle. Together, this allows Centauro to achieve road speeds in excess of 100 km/h, negotiate gradients up to 60%, ford water up to a depth of 1.5m without preparation, and have a turning radius of 9m.

Upgraded Centauro with a low recoil 120 mm L/45 cannon (unrelated to the Rheinmetall L/44 120mm) in a newly designed turret and with new composite armour that can resist up to 40mm APFSDS rounds on the front and 14.5mm on the rest of the body.

The Veicolo Blindato Medio “Freccia” (Italian: Medium Armoured Vehicle “Arrow”) is a reconfigured Centauro to act as a wheeled infantry fighting vehicle with multiple variants, such as command & control or mortar carrier, offering increased armour and NBC protection. It can transport up to eight infantrymen plus three crew.

Added to the Centauro range on late 2013 to fill the role of a self-propelled howitzer, being able to fire up to 8 rounds/minute to a distance exceeding 60km for guided ammunition. It mounts an ultralight 155/39mm main gun, based on the latest material breakthroughs, and a secondary 7.62 or 12.7mm MG. The 155/39 is manned by a crew of two and provides full NBC and ballistic protection.

Serves both as an engineer vehicle and for recovery and repair of damaged armoured vehicles on the battlefield. 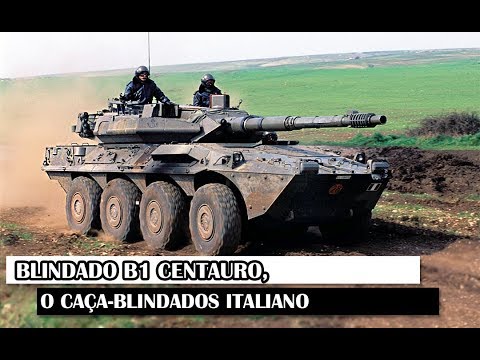 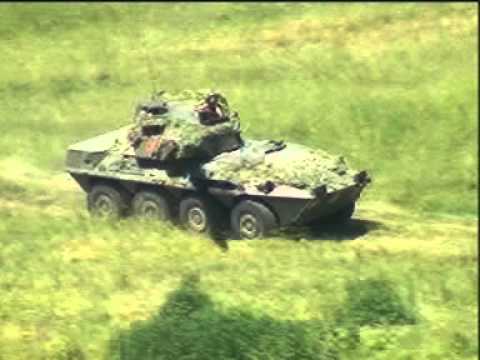 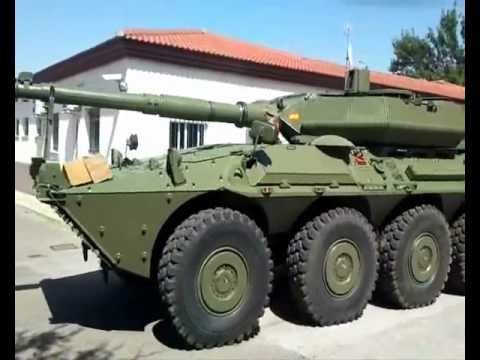