Based on the Swiss Mowag Piranha, the LAV-25 is Powered by a 6V53T Detroit Diesel turbo-charged engine, they are four-wheel drive (rear wheels) transferable to Eight-wheel drive. These vehicles are also amphibious, meaning they have the ability to “swim”, but are limited to non-surf bodies of water (no oceans). While engaged in amphibious operations, the maximum speed is approximately 12 km/h (7.5 mph) using equipped propellers. The current Service Life Extension Program (SLEP) modifications will hinder or eliminate amphibious ops.

Typical land speeds are approximately 100 km/h (62.5 mph) in either 4- or 8-wheel drive; however, fuel economy decreases in 8-wheel drive. The vehicles operate on diesel fuel. They are equipped with a M242 Bushmaster 25 mm autocannon, two M240 7.62 mm machine guns, and two 4-barrel smoke grenade launchers located on the forward left and right sides of the turret. The crew is three; vehicle commander (VC), gunner, and driver; and four passengers (scouts) with combat gear.

The LAV-25 is a lightly armored vehicle. The base model is protected by light gauge high hardness steel armor (MIL-A-46100), varying in nominal thickness from 4.71 mm to 9.71 mm. This level of high-hardness steel armor is intended only to offer protection against small arms rounds such as the common 7.62x39mm M1943 ball used by the AKM, to achieve the lowest possible weight and cost.

Standard LAV fitted with a turret with 360° traverse, armed with an M242 25 mm chain gun with 420 rounds of 25 mm ammunition, both M791 APDS-T (Armour Piercing Discarding Sabot-Tracer) and M792 HEI-T (High Explosive Incendiary-Tracer), of which half is ready for use. One hundred fifty rounds are ready for use from one stowage bin, 60 from another stowage bin, the other 210 rounds are stowed elsewhere in the vehicle. A coaxial M240C machine gun is mounted alongside the M242, and a pintle-mounted M240B/G machine gun, with 1,320 rounds of 7.62 mm ammunition, is mounted on the turret roof. The Canadian Army uses an upgraded version of this chassis for its Coyote Armoured Reconnaissance Vehicle.

The vehicle has been through many changes through the late 1990s. The new modification or SLEP has changed the LAV-25 to the LAV-25A1 standard and has been completely fielded.

Funding has been approved for continued upgrades to the LAV family to bring them up to the LAV-A2 standard. Phase I improvements include increased external and internal ballistic armor upgrades, improved fire suppression equipment, and upgrading the vehicle’s suspension to the Generation II standard. Phase II upgrades include replacing the turret hydraulics with an electric drive system and replacing the thermal sight with an improved model incorporating a laser range finder for aircraft.

To reflect the improved significant survivability and capability enhancements occurring today, the LAV is being renamed as the LAV-A2. The LAV-A2 project involved developing and installing an internal and external ballistic protection upgrade package, developed by Armatec Survivability, for the Light Armored Vehicles, an automatic fire suppression system for the interior of the vehicle and a Generation II suspension upgrade to support the added weight of the new armor. The suspension upgrade includes new struts/steering knuckles, torsion bars, shocks and mounts and driveshaft. The three-kit armor system provides the LAV with additional survivability against improvised explosive devices (IED) and direct-fire kinetic energy weapons.

The LAV-25A2 includes the Improved Thermal Sight System (ITSS) developed by Raytheon, scheduled for fielding by the end of 2007. The ITSS provides the gunner and commander with thermal images, an eye-safe laser range finder, a fire-control solution and far-target location target grid information.

The new armor will provide protection from 14.5 mm armor-piercing rounds, and include an anti-spall lining on the inside to further protect crew members. It will be similar to the protection found on the U.S. Army’s LAV III “Stryker” variant.

In January 2019, General Dynamics was awarded a $37.2 million contract to upgrade the Marine Corps’ LAV fleet. Designated the LAV A3, upgrades include improvements to the powerpack to improve reliability, cooling capacity, diagnostics, and fuel economy, a new drivetrain for improved towing capability, a steering dampener to improve road feel and usability, and a digitized drivers’ instrument panel. The initial contract was for 60 hardware kits which are planned for installation by 2021. 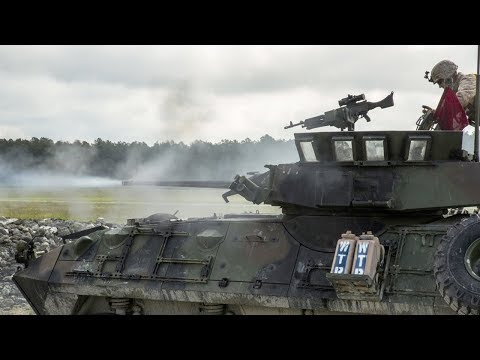 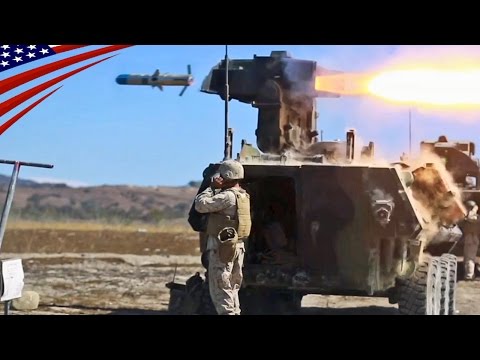 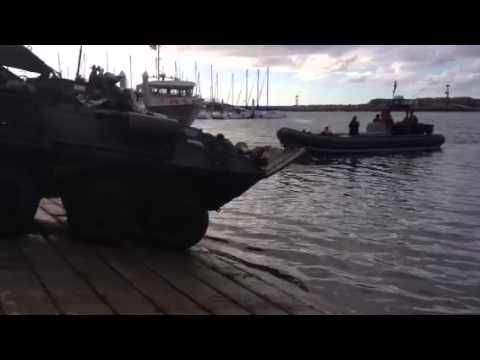