The Harrier II Plus (AV-8B), manufactured by BAE SYSTEMS and Boeing, is a VSTOL fighter and attack aircraft operational with the US Marine Corps (USMC), the Spanish Navy and the Italian Navy. The Harrier II Plus extends the capabilities of the Harrier with the introduction of a multi-mode radar and beyond-visual-range missile capability.

The UK Royal Air Force has 60 Harrier GR7 aircraft which were upgraded to GR9. The Harrier GR9 entered service in September 2006, with delivery of the first 24 aircraft.

First operational deployment of the GR9 was in January 2007 at Kandahar, Afghanistan, as part of the NATO International Security Force (ISAF).

Since 1969, 824 Harrier variants have been delivered. Manufacture of new Harriers concluded in 1997. The last aircraft remanufactured to the Harrier II Plus configuration was delivered in December 2003, marking the end of the Harrier production line.

“The Harrier II Plus has a multi-mode radar and beyond-visual-range missile capability.”

The AV-8B has been deployed in Operation Desert Storm, Somalia, Bosnia and Operation Iraqi Freedom.

In June 2007, the US Department of Defense awarded a $258.5m performance-based logistics contract to Boeing Company for the AV-8B Harriers operated by USMC, Italy and Spain under the Harrier Integrated Supply Support (HISS) programme. The contract lasts for five years with an option to extend for five more years.

The cockpit is fully integrated for day and night operability and is equipped with head-up and head-down displays, a digital moving map, an inertial navigation system (INS) and a hands-on throttle and stick system (HOTAS).

The Harrier II Plus is capable of deploying a wide range of weapon systems, including the air-to-air AMRAAM and Sparrow missiles, air-to-surface AGM-65 Maverick missiles, anti-ship Harpoon and Sea Eagle missiles, a 25mm cannon, and a range of bombs and rockets.

The AIM-120A Advanced Medium-Range Air-to-Air Missile (AMRAAM) from Raytheon Missile Systems is an all-weather, fire-and-forget, air-to-air missile, equipped with an active radar seeker and a high-explosive warhead. The range is over 50 miles, and the speed of the missile is 1.2km a second.

“The Maverick AGM-65 anti-tank missile is installed on the Italian Harrier II Plus.”

The Maverick AGM-65 anti-tank missile is installed on the Italian Harrier II Plus. The AIM-7 Sparrow medium-range, air-to-air missile, a predecessor to the Raytheon AIM-120 AMRAAM, is held in the arms inventories of many countries, including the user countries of the Harrier II Plus aircraft. The Harrier II Plus is capable of deploying the Sea Eagle anti-ship missile from MBDA (formerly Matra BAe Dynamics), which is a fire-and-forget, sea-skimming missile also carried on the Sea Harrier, and the air-launch version of Harpoon AGM-84 surface strike missile from Boeing.

These are to be replaced with the latest generation Litening Advanced Targeting pod.

Sensors on the Harrier II Plus

The Harrier II Plus is equipped with the Raytheon APG-65 digital radar to provide day and night and adverse weather capability. The APG-65 is a jam-resistant, all-weather detection and tracking radar. In the air-to-air role, the radar operates in search, track and combat modes. Long-range interception missions use the radar’s long-range detection capability and, for the close-in air defense role, the radar uses rapid acquisition modes for the aircraft’s 25mm cannon and heat-seeking missiles.

In the air-to-surface role, the APG-65 radar provides high-resolution, long-range surface mapping and detection, and tracking of land-based and sea-based targets. The radar has the capability to locate small, fast patrol boats in high sea states and to detect large naval ships at long range.

The avionics suite of the Harrier II Plus is similar to that of the US Marine Corps’ Night Attack AV-8B. It is equipped with a forward-looking infrared (FLIR) sensor, night-vision goggles (NVG) and an NVG-compatible cockpit.

The image from the FLIR is projected on the wide-field-of-view, head-up display or on one of the multipurpose, head-down displays to provide night-time and reduced-visibility capability.

The Pegasus engine 11-61 (F402-RR-408) from Rolls-Royce provides a high thrust-to-weight ratio and retains its performance in hot and high-altitude conditions.

The significant aerodynamic features of the aircraft are large Leading-Edge Root Extensions (LERX) and under-fuselage Lift-Improvement Devices (LIDs), drooping ailerons (for example, the control surface that forms part of the trailing edge of the wing), and the slotted flaps augmented vectored engine thrust.

Performance of the Harrier II Plus 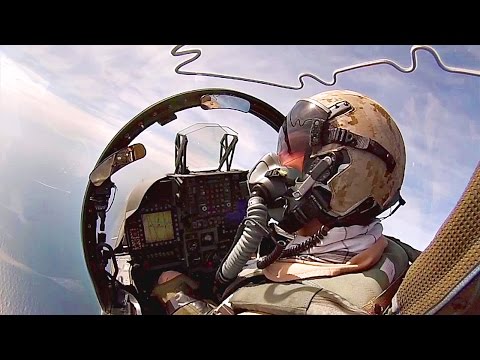 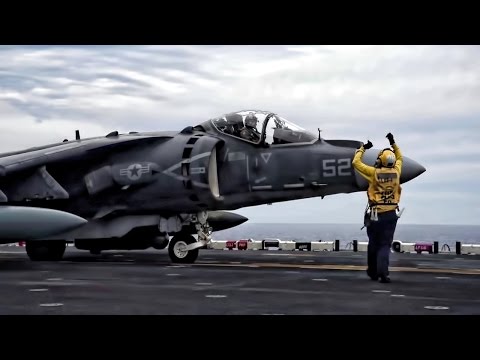 One thought on “AV-8B Harrier II Plus”