The EH101, now renamed the AW101, is also produced in naval and civil versions. 146 AW101 variants have been ordered and over 120 delivered.

“The AW101 has crashworthy and damage-tolerant features.”

The fuselage is mainly of aluminium-lithium construction. The aerodynamic rotor blades are constructed from carbon / glass with nomex honeycomb and rohacell foam. Active vibration control of the structural response (ACSR) uses a vibration-cancelling technique.

The helicopter operates in temperatures ranging from -40°C to 50°C.

The cockpit is equipped with armoured crew seats able to withstand an impact velocity of 35ft/s. Dual flight controls are provided for the pilot and copilot, but the helicopter is capable of being flown by a single pilot.

Naval versions of the AW101 can be armed with two anti-ship missiles, or up to four torpedoes and depth charges.

Armament options for military utility variants include a chin turret for a 12.7mm machine gun or pintle-mounted machine gun. The stub wings provide the hard points for mounting of rocket pods.

“The helicopter operates in temperatures ranging from -40°C to +50°C.”

The AW101 is equipped with infrared jammers, such as the Northrop Grumman Nemesis, directed infrared countermeasures, missile approach warners, chaff and flare dispensers, and a laser detection and warning system.

The military version AW101 has accommodation for 30 seated or 45 standing fully equipped combat troops. The cabin has room for a medical team and 16 stretchers or for palleted internal loads. The maximum ramp load is 3,050kg for vehicles such as Land Rovers.

The heavy-duty cabin floor and ramp are equipped with flush tie-down points, a roller conveyer for palleted freight and a cargo winch for non self-loading freight.

An underslung load hook is capable of carrying external loads up to 12,000lb, and the load measurement is displayed in the cockpit. A rescue hoist and a hover trim controller are fitted at the cargo door.

“The military AW101 has accommodation for 30 to 45 fully equipped combat troops.”

Each engine is fed from a dedicated self-sealing fuel tank using dual booster pumps and a crossfeed system. The Rolls-Royce engine has been chosen by UK, Canada, Japan, Denmark and Portugal. The GE engine was selected by Italy.

The three tanks hold 3,222l of fuel. The fourth tank acts as a reservoir supply to top up the main tanks during flight. There is capacity for an additional transfer tank to increase the helicopter’s range.

The range can be extended by the hover in-flight refuelling (HIFR) capability. The crew are able to select pressure refuel, defuel, jettison and buddy-to-buddy refuelling.

The AW101 transport helicopter can fly at the rate of 10.2m/s. The maximum and cruise speed of the helicopter are 309km/h and 278km/h respectively.

The maximum range and service ceiling are 927km and 4,575m, and the maximum endurance is four hours 50 minutes. The helicopter weighs around 10,500kg and the maximum take-off weight is 15,600kg.

The UK Royal Air Force has taken receipt of 22 AW101 Merlin HC3 medium support helicopters, with the first entering service in January 2001. A total of 44 have been delivered to the UK Royal Navy.

The Italian Navy took delivery of its 21st AW101 helicopter on 4 August 2009 during an official ceremony held at Maristaeli Luni naval base in Italy.

In March 2007, the UK Royal Air Force agreed to buy six new AW101 already delivered to Denmark. The helicopters were transferred to the RAF in June 2007. They were fitted with new BERP main rotor blades and entered service in 2008. Denmark received replacement helicopters.

The Royal Norwegian Air Force (RoNAF) placed an order for 16 AW101 helicopters to meet their Norwegian All Weather SAR Helicopter (NAWSARH) requirement. Under the $1.58bn (€1.15bn) contract, AgustaWestland will also supply spares, technical support and training services for 15 years, which can be optionally extended for a further five years. The contract also includes an option to purchase six additional aircraft.

The first AW101 helicopter under the contract was delivered to the RoNAF in November 2017, while the remaining helicopters are expected to be delivered by the end of 2020.

In April 2019, the Polish Ministry of National Defence (MND) awarded a PLN1.65bn ($430m) contract to Leonardo for the delivery of four AW101 helicopters. Deliveries are scheduled to be completed by 2022. 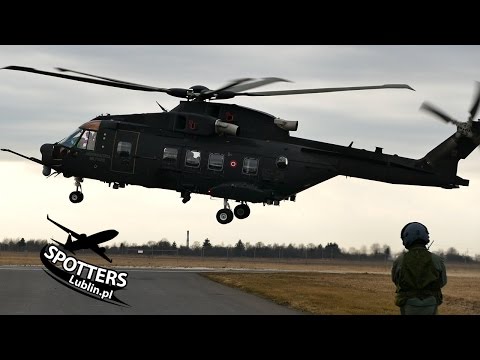 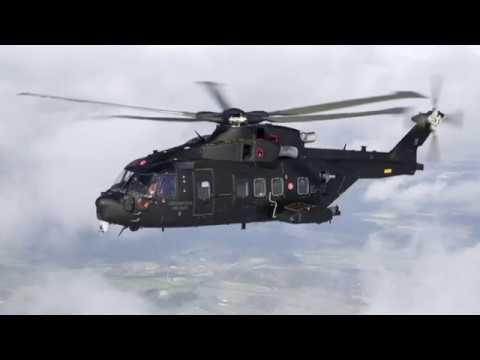 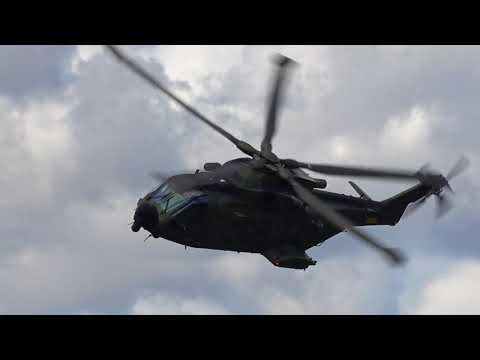