The AgustaWestland AW139 is a 15-seat medium-sized twin-engined helicopter developed and built by AgustaWestland (now part of Leonardo). It is marketed at several different roles, including VIP/corporate transport, offshore transport, fire fighting, law enforcement, search and rescue, emergency medical service, disaster relief, and maritime patrol. In addition to AgustaWestland’s manufacturing facilities in Italy and the United States, the AW139 is produced in Russia by HeliVert, a joint venture between AgustaWestland and Russian Helicopters.

The AW139 was originally designed and developed jointly by Agusta and Bell Helicopters and marketed as the Agusta-Bell AB139, being redesignated AW139 when Bell withdrew from the project. Since entering service in 2003, the AW139 has become one of AgustaWestland’s most influential products; it has been subsequently developed into the enlarged medium-lift military-orientated AW149.

In 1997, the Italian helicopter manufacturer Agusta launched a programme to develop a replacement for the Bell Huey family of helicopters (which had been built in very large numbers by Bell Helicopter and under license by Agusta). A potential market of 900 aircraft was predicted. In 1998, Bell and Agusta entered into an agreement setting up a joint venture, Bell/Agusta Aerospace Company (BAAC), to develop two aircraft: a conventional helicopter and a tiltrotor aircraft. These became the Bell/Agusta AB139 and Bell/Agusta BA609 respectively. Bell was to be the leading partner for the development of the BA609 while Agusta would be the lead partner for the AB139; it was intended for production, sales, and support to be shared.

On 26 September 2000, the first order for the type was placed by Bristow Helicopters. The first preproduction helicopter flew on 3 February 2001 at Vergiate in Italy, with two further AW139s also participating in flying trials. The first production AW139 made its first flight on 24 June 2002. European JAA certification was received in June 2003, and its FAA type certificate followed in December 2004. By May 2005, the AW139 had received in excess of 100 orders worldwide. In the US, the type was marketed under the designation US139, and was entered into the US Army’s Light Utility Helicopter competition. One key market for the AW139 was the oil & gas industry, which required helicopters of increased endurance for offshore operations. In 2005, AgustaWestland bought out Bell’s 25% share in the program and all of its rights to the AW139 for $95 million.

In April 2008, AgustaWestland revealed that it was in the process of certifying an increase in the AW139’s max gross weight to 14,991 lb (6,800 kg) to better compete in long-range markets served by helicopters such as the larger Sikorsky S-92 and Eurocopter EC225. In 2007, a second production line at the United States AgustaWestland Aerospace plant in Philadelphia, Pennsylvania was established; the Philadelphia plant produced its 200th AW139 in September 2014, at which point U.S. production was intended to reach 40 units per year in the near future. By 2011, AgustaWestland was producing 90 AW139s per year; 9.5% of the company’s overall revenue in 2010 was attributed to the type. By 2013, a combined total of 720 AW139s had been sold to over 200 operators in 60 different countries.

In 2011, a military-configured variant, the AW139M, was revealed by AgustaWestland. It was promoted at the US market, including for the U.S. Air Force’s Common Vertical Lift Support Program. The AW139M is equipped with a high definition forward-looking infrared (FLIR), self-protection system, heavy-duty landing gear, and has low thermal and acoustic signatures; a significant proportion of the equipment is sourced from American manufacturers. Options offered include an external stores system including various armaments, armoured seats, self-sealing fuel tanks, and a full ice protection system for all-weather operations.

The AW139 serves as the basis for AgustaWestland’s wider business strategy, under which it aims to produce a standardised family of helicopters with common design features. The sharing of components and design philosophies is intended to simplify maintenance and training for operators; commonality also lowers the production costs. The AW139 was the first of this group, and as of 2014, it was to be joined by the larger AW149 and AW189, aimed at military and civilian customers respectively. Advances made in the development of new models are intended to be transferable onto existing family members, decreasing the cost of future upgrades for the AW139.

In June 2010, it was announced that AgustaWestland and Rostvertol would build a manufacturing plant in Tomilino, Moscow Region, where it was initially planned to produce AW139s by 2012. HeliVert, a joint venture between AgustaWestland and Rostvertol, commenced domestic production of the AW139 in 2012, at which point it was planned that between 15 and 20 helicopters would be produced per year. The first AW139 to be assembled in Russia made its first flight in December 2012. In January 2013, the Russian Defense Ministry was reportedly considering placing an order for seven AW139s. In January 2014, HeliVert received a Certificate of Approval from the Aviation Register of the Interstate Aviation Committee to commence production of commercial AW139s. In September 2014, a certificate was granted to perform comprehensive maintenance and servicing of the type at the Tomilino facility.

In 2015, AgustaWestland unveiled an AW139 variant with an increased gross weight of 7 tonnes, enabling a range of 305 km while carrying 12 passengers; existing AW139s can also be rebuilt to the newer heavy-weight model. The heavier airframe comes at the expense of decreased hot and high performance. In November 2015, AgustaWestland demonstrated a 60-minute “run-dry” test (no oil) of an AW139’s main gearbox, 30 minutes greater than any other certified rotorcraft at the time.

The AW139 is a conventional twin-engine multi-role helicopter. It has a five-bladed fully articulated main rotor with a titanium hub and composite blades and a four-bladed articulated tail rotor. It is fitted with retractable tricycle landing gear, the two aft wheels retracting into external sponsons which are also used to house emergency equipment. It is flown by a crew of two pilots, with up to 15 passengers accommodated in three rows of five. The AW139 had been aimed at a vacant niche in the market, sitting below larger types such as the Eurocopter AS332 Super Puma and Sikorsky S-92, and above smaller ones like the Bell 412 and Eurocopter EC155. Rotor & Wing has described the AW139’s flying attitude as ‘docile and predictable’.

The AW139 is powered by two FADEC-controlled Pratt & Whitney Canada PT6C turboshaft engines; the FADEC system seamlessly adjusts the engines for pilot convenience and passenger comfort, and can automatically handle a single-engine failure without noticeable deviation. It was constructed with maintenance requirements in mind; critical systems can be readily accessed, where possible the number of parts has been reduced, and many components have been designed for an extended lifecycle; a Health and Usage Monitoring System (HUMS) is also equipped. More than a thousand customizable items of equipment can be configured per customer demand, including auxiliary fuel tanks, rescue hoists, cargo hooks, search and weather radar, ice protection systems, external cameras and searchlights, and seating arrangements.

The AW139 features a modular glass cockpit, a commonly-installed feature being the four-axis autopilot, which enables functions such as auto-hover capability. The cockpit has been designed to enable single-pilot flight operations under instrument flight rules conditions, and it is also compatible with the use of night vision goggles. Pilot training for the type is available via advanced Level D Full Flight Simulators. According to Shipping & Marine, the AW139 has “the largest cabin in its class”; containing up to 15 passengers or four litters and accompanying medics, an additional baggage compartment is used to stow equipment to keep the main cabin clear for use.

Large sections of the AW139 have been developed and produced by a range of different companies. Airframes are typically produced by PZL-Świdnik, who delivered their 200th airframe in April 2014. Pratt & Whitney Canada produce the type’s PT6C turboshaft engines, while the primary and secondary transmissions were developed by Westland GKN and Kawasaki Heavy Industries respectively. A significant portion of the avionics are sourced from Honeywell. Turkish Aerospace Industries has been subcontracted to manufacture various elements of the AW139, including the fuselage, canopy, and radome. Final assembly of most AW139s is performed at AgustaWestland’s facilities in Philadelphia, United States, and Vergiate, Italy; those destined for customers within the Commonwealth of Independent States are typically assembled by a third final manufacturing plant in Tomilino, Moscow operated by HeliVert. 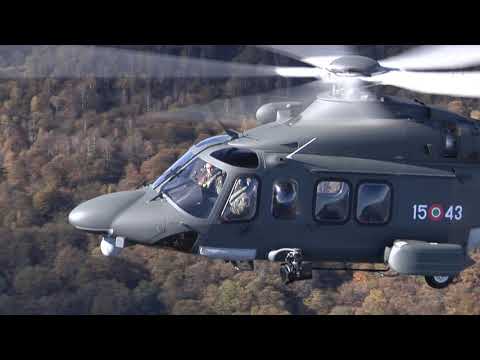 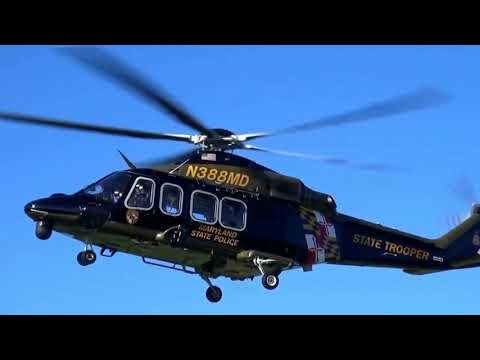 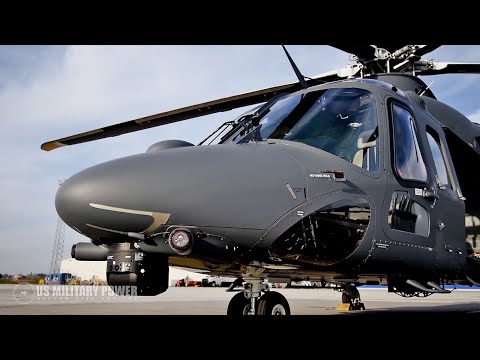