The Lockheed Martin C-130 is the US Air Force’s principal tactical cargo and personnel transport aircraft. The C-130J Super Hercules is the latest model, featuring a glass cockpit, digital avionics and a new propulsion system with a six-bladed propeller.

The C-130 has been in continuous production since 1954, and Hercules aircraft are operational in over 70 countries. Lockheed Martin delivered the 2,600th C-130 Hercules aircraft to the US Air Force in October 2019.

The improvements built into the C-130J, which entered production in 1997, have enhanced the performance of the aircraft in terms of its range, cruise ceiling time to climb, speed and airfield requirements.

The C-130J entered active service with the USAF at Little Rock Air Force Base in April 2004 and was first deployed in December 2004.

The first of five C-130J Super Hercules aircraft intended for deployment at Little Rock left Lockheed Martin’s facility, for delivery to the base, in August 2013.

The first combat airdrop for the USAF was in July 2005. The US Air Mobility Command declared initial operating capability for the C-130J in October 2006.

The US Air Force awarded a $167m block upgrade contract to Lockheed Martin in December 2011 to overhaul the C-130J Super Hercules with Block 8.1 configuration.

Each pilot has a Flight Dynamics head-up display (HUD). Supplied by BAE Systems IEWS, the dual mission computers, operate and monitor the aircraft systems, and provide status updates for the crew.

The cargo bay of the C-130J has a total usable volume of more than 4,500ft³ and can accommodate loads up to 37,216lb. For example, three armoured personnel carriers, five pallets, 74 litters (stretchers), 92 equipped combat troops or 64 paratroops. The bay is equipped with cargo handling rollers, tie-down rings, stowage containers, and stowage for troop seats.

The ATK AN/AAR-47 missile warning system uses electro-optic sensors to detect missile exhaust and advanced signal processing algorithms and spectral selection to analyse and prioritise threats. Sensors are mounted near the nose just below the second cockpit window and in the tail cone.

The BAE Systems AN/ALR-56M radar warning receiver is a superheterodyne receiver operating in the 2GHz to 20GHz bands. A low-band antenna and four high-band quadrant antennae are installed near the nose section below the second window of the cockpit and in the tail cone.

A five-year delivery order for the system was placed by USAF in July 2006. Australia requested the sale of LAIRCM to equip its fleet of 12 C-130J in May 2008. The LAIRCM

system was installed in C-130J aircraft by AIR 5416 (Phase 4B2) for the protection of the Australian Defence Force (ADF).

The Northrop Grumman MODAR 4,000-colour weather and navigation radar are installed in the upward-hinged dielectric radome in the nose of the aircraft. The weather radar has a range of 250nm.

The aircraft can carry a maximum internal fuel load of 45,900lb. An additional 18,700lb of fuel can be carried in external underwing fuel tanks. The refuelling probe installed on the centre of the fuselage has been relocated to the port side, over the cockpit.

The first C-130J-30 for the UK RAF was delivered in November 1999 and deliveries of all 15 aircraft were completed in June 2001. A former UK RAF C-130J Hercules was transported to the US to join the US Navy Aerobatic Flight Demonstration Squadron, the Blue Angels, in August 2020.

The KC-130J features modern aerial refuelling capabilities and is designed based on the C-130 Hercules tanker technology. It can be integrated with modular systems for providing close air support to troops and conducting multi-sensor image reconnaissance.

The aircraft can also be deployed in logistic support and medical evacuation missions from ungraded landing zones. The crew of the KC-130J consists of two pilots, two loadmasters and one Advanced Crew Stations (ACS) operator.

KC-130J can accommodate 92 ground troops or 64 paratroopers and equipment while conducting tactical transport duties. It can carry 74 patients on stretchers and their accompaniments in medical evacuation role.

It can carry a maximum fuel load of 61,364lb when fitted with external tanks. The optionally fitted fuselage tank stores 24,392lb of fuel. The fuel unloading capacity of the aircraft is up to 600gal a minute.

The weapon system employs four Hellfire air-to-surface missiles fitted in place of the left-hand aerial refuelling pylon. It can also fire standoff precision-guided munitions, including the Raytheon AGM-176 Griffin and the MBDA GBU-44/B Viper Strike missiles from the cargo compartment.

The AN/AAQ-30 target sight system aboard the aircraft provides the capability to detect the targets at long ranges. It is mounted on the under wing fuel tank in the left and consists of infrared and electro-optic sensors.

“The USAF placed an order with Lockheed Martin for the delivery of 11 HC-130J Combat King II aircraft in mid-2008.”

The HC-130J Combat King II was developed as a dedicated personnel recovery platform as part of the HC/MC-130 recapitalisation programme to replace ageing HC-130P/N aircraft of the ACC. The HC-130J completed its maiden flight in July 2010.

The first HC-130J Combat King II aircraft was rolled out in April 2010. The developmental testing of the HC-130J was concluded in March 2011. The mission capability of the aircraft was certified by the Air Force Operational Test and Evaluation Centre in November 2012.

The HC-130J is designed based on the KC-130J tanker aircraft used by the US Marine Corps. The baseline KC-130J is converted into HC-130J with very minimal modification. The HC-130J incorporates advanced navigation and detection systems.

The crew of the HC-130J includes a pilot, co-pilot, a combat systems officer and two enlisted load-masters.

“The HC-130J is designed based on the KC-130J tanker aircraft used by the US Marine Corps.”

The HC-130J Combat King II is equipped with refuelling pods on under-wing pylons and additional internal fuel tanks for conducting in-flight refuelling of helicopters and tilt-rotor aircraft. It can be used for aerial refuelling of up to two rotorcraft simultaneously at night. The aircraft can also participate in forward area refuelling point (FARP) missions in support of joint and allied forces.

In April 2004, the US Marine Corps formally accepted the first KC-130J tanker/transport into service. The aircraft was first deployed in combat in April 2005 in Iraq. In December 2006, an additional order was placed for three C-130J-30 for USAF and one KC-130J for the USMC. The KC-130J was delivered to the USMC in October 2010.

In November 2007, Norway placed an order for the purchase of four C-130J Super Hercules aircraft under a $519m FMS agreement. One aircraft was delivered in November 2008 and the second in April 2009. Deliveries concluded in May 2010 with the handing over of the fourth C-130J aircraft. In September 2012, Lockheed Martin delivered an additional C-130J Super Hercules aircraft to the Norwegian Air Force as Norway lost one of its four aircraft in March 2012.

In January 2008, Canada placed a C$1.4bn order for 17 C-130J aircraft. The first delivery took place in June 2010 at the Canadian Forces Base Trenton. Deliveries were completed by April 2012.

Under an undefined contract action (UCA) signed with the US Government in April 2011, Lockheed Martin supplied an additional C-130J to Israel in August 2015.

The US Government awarded a $245m FMS contract to Lockheed Martin on 27 May 2010 for supplying three KC-130J refuelling aircraft to Kuwait Air Force. The contract was managed by the US Navy. The first aircraft was delivered in August 2014.

Lockheed Martin was awarded a $270m contract by USAF in February 2011 to supply C-130 Aircrew Training Systems (ATS). The contract includes the provision of training and instruction services, site management, engineering support, and operation and maintenance for aircrew training devices.

In September 2011, CAE was awarded a contract by USAF to design, build and supply four additional full flight simulators for C-130J transport aircraft.

Lockheed Martin was awarded a $84.3m contract by USAF on 12 September 2011 for the first phase of the C-130J Maintenance and Aircrew Training System (MATS) II programme. The company supplied four weapon system trainers (WST) to the Air Mobility Command, Air Combat Command and Air Force Special Operations Command for aircrew instruction, and renders programme management and engineering services as part of the contract.

The contract included an option to procure two more WSTs, in addition to other types of trainers, including a fuselage trainer. USAF exercised one option to procure an additional WST. CAE designed and manufactured the WST under a subcontract received from Lockheed Martin in March 2013.

In October 2012, the US Coast Guard placed a $218m order with Lockheed Martin for three additional HC-130J aircraft.

Lockheed Martin delivered two additional C-130Js to Little Rock Air Force Base in December 2015. The base currently operates a fleet of 47 aircraft.

The US Government finalised a C-130J Multiyear III contract with Lockheed Martin to deliver 50 C-130Js in December 2019. The aircraft will be built at Lockheed Martin’s Marietta, Georgia, facility and delivered between 2021 to 2025. The Department of

Defense provided the funding of more than $1.5m for the delivery of the first 21 C-130Js under the contract.

In November 2015, Lockheed Martin was awarded a $969m contract by the US Department of Defence for seventeen C-130J Hercules.

In December 2015, the Royal Air Force awarded a £369m contract to Marshall Aerospace and Defence Group, Lockheed Martin and Rolls-Royce to receive Hercules Integrated Operational Support (HIOS) for the C-130J fleet until 2022.

Lockheed Martin received an order of 14 C-130Js to be delivered to the USAF installation at Yokota Air Base in Japan. The first aircraft was delivered in February 2017 and the order was completed in May 2018.

France ordered four Super Hercules aircraft, of which two C-130Js were delivered in 2017 and 2018, while the first KC-130J aerial refueler was delivered in September 2019. 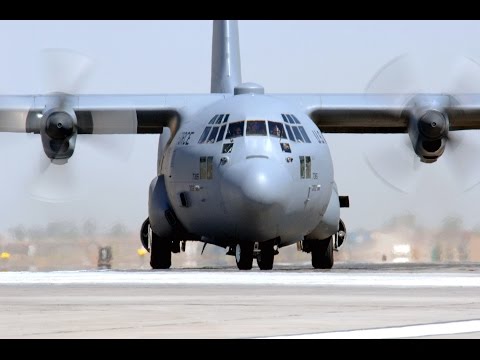 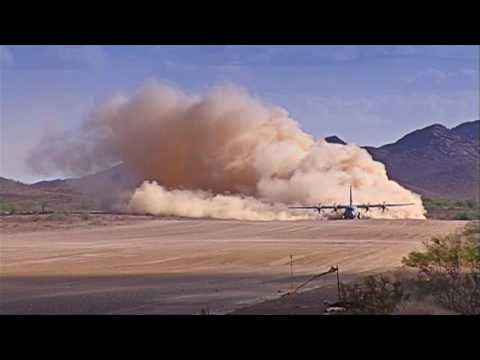 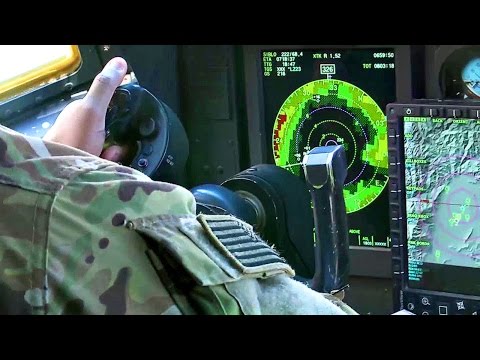