It has an international range and the ability to land on small airfields. A fully integrated electronic cockpit and advanced cargo system allows a crew of three (the pilot, co-pilot and loadmaster) to operate all systems on any type of mission.

Since it entered service in January 1995, 222 aircraft have been delivered to the US Air Force.

Boeing, in partnership with Mahindra Defence Systems, opened a C-17 training centre in 2016 to serve the Indian Air Force. The company also signed an $8m contract to train C-17 aircrews at its international training centre (ITC) in the UK under the Nato’s Strategic Airlift Capability (SAC) programme. It also trains the Emirati C-17 students.

The engine exhaust is directed onto large flaps, which extend into the exhaust stream, allowing the aircraft to fly a steep approach at a relatively low landing speed.

Cockpit of the C-17 Globemaster III

The design of the cargo compartment allows the C-17 to carry a wide range of vehicles, palleted cargo, paratroops, air-drop loads and aeromedical evacuees.

The cargo compartment has a sufficiently large cross-section to transport large wheeled and tracked vehicles, tanks, helicopters (such as the AH-64 Apache), artillery and weapons such as the Patriot missile system. Three Bradley armoured vehicles comprise one deployment load on the C-17. The US Army M1A1 main battle tank can be carried with other vehicles.

AN/AAR-47 has a suite of surface-mounted thermal sensors around the aircraft, which detect the thermal signature of the missile exhaust plume. Frequency selection and signal processing techniques are used to minimise the false alarm rate.

The system provides a warning to the crew via the cockpit indicator unit of the presence and direction of the missile threat. A signal is automatically sent to the ALE-47 dispenser.

The AN/ALE-47 is capable of carrying a mix of expendable countermeasures, including jammers. The system interfaces to the C-17 Globemaster III aircraft’s sensors. The aircrew can select the mode of operation of the dispenser for fully automatic, semi-automatic or manual operation.

ALE-47 is capable of dispensing the new-generation active expendable decoys, POET and GEN-X, in addition to the conventional chaff and flare decoys that are compatible with the previous-generation ALE-40 and ALE-39 dispensers.

LAIRCM is based on the AN/AAQ-24(V) Nemesis. It entered low-rate initial production in August 2002 and completed initial operational test and evaluation in July 2004. 25 upgraded aircraft have been delivered. The system entered service in 2007. The four aircraft leased by the UK Royal Air Force (RAF) are fitted with LAIRCM.

Turbofan engines of the transport aircraft

The four Pratt & Whitney PW2040 (military designation-F117-PW-100) turbofan engines with 40,440lb thrust each are integrated in the wings. Engine thrust reversers, which are operable in flight, and speed brakes enable the aircraft to carry out rapid deceleration and descent manoeuvres.

The cruise speed is between Mach 0.74 and 0.77. The range without in-flight refuelling, and with a payload of 160,000lb, is 2,400nm. Aerial refuelling provides an intercontinental non-stop range.

In March 2006, Australia selected the C-17, with a requirement for four aircraft. The first aircraft was delivered in December 2006, the second in May 2007, the third in February 2008 and the final aircraft in March 2008.

Australia signed a foreign military sale (FMS) agreement with the US Government in April 2011 to procure the fifth C-17 for the Royal Australian Air Force (RAAF). It was delivered in September 2011. An order for the sixth C-17 was placed in 2011 and the same was delivered in November 2012. Australia ordered two more aircraft in April 2015 and took delivery of the seventh in July 2015 and the eighth aircraft in November 2015.

In September 2006, Nato announced its intention to buy an initial three or four C-17 aircraft. In June 2007, an international consortium, consisting of 15 Nato countries plus two partner countries (Finland and Sweden), agreed to set up the strategic airlift capability (SAC) at Papa Air Base in Hungary.

In March 2007, Boeing announced C-17 production would conclude in 2009, when current orders have been fulfilled. However, the purchase of 15 additional aircraft for the USAF was approved in 2008.

The Indian Ministry of Defence signed a $4.1bn agreement with Boeing in June 2011 to acquire ten C-17 airlifters. US Congress authorised the FMS in May 2010. The C-17 met all the Indian Air Force’s requirements during rigorous field evaluation trials held in India in June 2010. Boeing delivered the first C-17 to the Indian Air Force (IAF) in June 2013 and four more by November 2013. The remaining five were delivered in 2014. The country received the 11th delivery in 2019.

Flight-testing of the C-17 using a blend of synthetic fuel and JP-8 began in October 2007, as part of a USAF process to develop more-efficient fuel for its fleet, with less reliance on imported petrol. Certification for the aircraft powered by synthetic fuel was completed in February 2008.

The company received an $18.7m contract to provide logistics support and training simulator maintenance for the UAE’s C-17 aircraft for two years, in 2017. 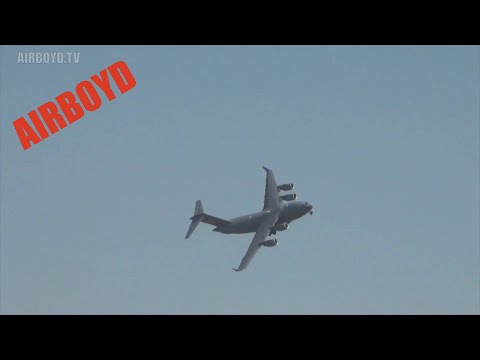 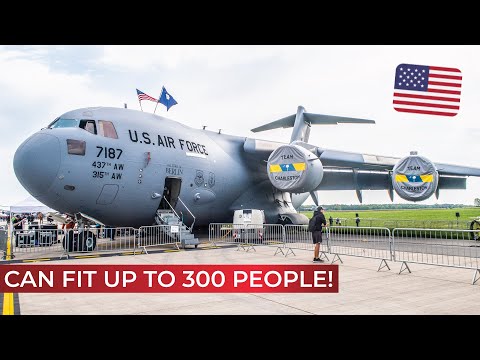 One thought on “C-17 Globemaster III”