The Sikorsky CH-53K King Stallion is a heavy-lift cargo helicopter currently being produced by Sikorsky Aircraft for the United States Marine Corps (USMC). The design features three 7,500 shp (5,590 kW) engines, new composite rotor blades, and a wider aircraft cabin than previous CH-53 variants. It will be the largest and heaviest helicopter in the U.S. military. The USMC plans to receive 200 helicopters at a total cost of $25 billion. Ground Test Vehicle (GTV) testing started in April 2014; flight testing began with the maiden flight on 27 October 2015. In May 2018, the first CH-53K was delivered to the Marine Corps.

The CH-53 was the product of the US Marine Corps’ “Heavy Helicopter Experimental” (HH(X)) competition begun in 1962. Sikorsky’s S-65 was selected over Boeing Vertol’s modified CH-47 Chinook version. The prototype YCH-53A first flew on 14 October 1964. The helicopter was designated “CH-53A Sea Stallion” and delivery of production helicopters began in 1966. The CH-53A was equipped with two T64-GE-6 turboshaft engines, and had a maximum gross weight of 46,000 lb (20,865 kg).

Variants of the original CH-53A Sea Stallion include the RH-53A/D, HH-53B/C, CH-53D, CH-53G, and MH-53H/J/M. The RH-53A and RH-53D were used by the United States Navy for minesweeping. The CH-53D included a more powerful version of the General Electric T64 engine, used in all H-53 variants, and external fuel tanks. The US Air Force‘s HH-53B/C “Super Jolly Green Giant” were for special operations and combat rescue. The Air Force’s MH-53H/J/M Pave Low helicopters were the last of the twin-engined H-53s, and were equipped with extensive avionics upgrades for all-weather operation.

In October 1967, the U.S. Marine Corps issued a requirement for a helicopter with a lifting capacity 1.8 times that of the CH-53D, that could fit on amphibious assault ships. Before this, Sikorsky had been working on an enhancement to the CH-53D, under the company designation “S-80”, featuring a third turboshaft engine and a more powerful rotor system. Sikorsky proposed the S-80 design to the Marines in 1968. The Marines considered this a good, quick solution, and funded development of a testbed helicopter. Changes on the CH-53E also included a stronger transmission and a fuselage stretched 6 feet 2 inches (1.88 m). The main rotor blades’ material was changed to a titanium-fiberglass composite. A new automatic flight control system was added. The vertical tail was also enlarged, with the tail rotor tilted upwards slightly to provide some lift in hover.

The initial YCH-53E first flew in 1974. Following successful testing, the initial production contract was awarded in 1978, and service introduction followed in February 1981. The US Navy acquired the CH-53E in small numbers for shipboard resupply. The Marines and Navy acquired a total of 177. For the airborne mine countermeasures role, the Navy later ordered a CH-53E version designated “MH-53E Sea Dragon” with enlarged sponsons and fuel tanks for greater fuel storage. The Navy began using the MH-53E in 1986. The Navy obtained 46 Sea Dragons.

The USMC had planned to upgrade most CH-53Es to keep them in service, but this plan stalled. Sikorsky proposed a new version, originally designated “CH-53X”; in April 2006, the USMC signed a contract for 156 aircraft as the “CH-53K” valued at $18.8 billion with deliveries to be completed by 2021. The USMC planned to start retiring CH-53Es in 2009, thus needing replacements quickly as some rotorcraft reached their structural life limits in 2011–12. Flight testing of the CH-53K was expected to begin in 2011.

The CH-53K is a general redesign of the CH-53E. The main improvements are new engines and cockpit layout. The CH-53K will have over twice the lift capacity and radius of action of the CH-53E, and a wider cargo hold to allow it to carry a Humvee internally. The CH-53K will feature new stubby composite sponsons to cut overall width, resulting in a narrower footprint for shipboard operations. It will also be equipped with a new composite rotor blade system, with technology similar to that found on the UH-60 Black Hawk helicopter. The CH-53K will use the General Electric GE38-1B engine, selected over the Pratt and Whitney Canada PW150 and a variant of the Rolls-Royce AE 1107C-Liberty used on the V-22 Osprey.

In August 2007, the USMC increased its order of CH-53Ks from 156 to 227. In 2007, first flight was planned for November 2011 with initial operating capability (IOC) by 2015. When the CH-53K enters service, it will serve as the USMC’s heavy lift helicopter with the MV-22B Osprey (medium lift) and UH-1Y Venom (light lift). RAND released a report in 2007 on seabasing that suggested a higher ratio of CH-53Ks to MV-22s would reduce deployment times from naval ships.

In 2008, design work was well underway, while weight reduction efforts to meet operational requirements were progressing. Increases in engine performance and rotor blade improvements are options to help meet requirements if needed. The rotor mast tilt was decreased and components shifted to ensure the center of gravity does not shift too far rearward as fuel is burned. The design requirements were ‘frozen’ in 2009–10 and not changed since.

On 22 January 2010, Sikorsky opened a $20 million Precision Components Technology Center in Stratford, Connecticut, which shall produce CH-53K elements, such as the rotating and stationary swashplates, main and tail rotor hubs, and main rotor sleeves. On 3 August 2010, the CH-53K passed its Critical Design Review (CDR), becoming ready for test production. However, the IOC fielding date was deferred to 2018. Sikorsky proposed building four pre-production aircraft for evaluation.

In January 2013, the program was estimated to cost US$23.17 billion after procurement of the planned 200 CH-53Ks. In April 2013, the U.S. Navy program manager stated that development was “proceeding so well” that it might become operational ahead of schedule. Flight testing was planned for 2015, being delayed by over a year by faulty components.

On 31 May 2013, the Navy awarded Sikorsky a $435 million contract to deliver four prototype CH-53Ks for operational evaluation and mission testing; Sikorsky says the first two prototypes will examine structural flight loads while the third and fourth vehicles will focus on validating general performance, propulsion and avionics.

On 1 October 2013, Sikorsky issued an $8.5 million contract to Kratos Defense & Security Solutions for the design and development of maintenance training systems for the CH-53K, including a full-fidelity Maintenance Training Device Suite (MTDS) and a Helicopter Emulation Maintenance Trainer (HEMT). The MTDS provides a realistic environment for training and evaluating maintainers of the CH-53K’s various subsystems, such as avionics, electrical, and hydraulic systems. The HEMT uses a 3D virtual environment to support maintenance training scenarios, including functional tests, fault isolation, troubleshooting, and remove and installation for 27 subsystems.

On 24 January 2014, the CH-53K GTV ignited its engines, spinning the rotor head without rotors attached. Low-rate production is planned to proceed from 2015 to 2017. Initial operating capability (IOC) was set to occur in 2019, with full-rate production commencing between then and 2022. The USMC intends to have eight active CH-53K squadrons, one training squadron, and one reserve squadron. In April 2014, testing with blades attached began, system integration followed. Flight testing was set to start in late 2014, each test aircraft flying approximately 500 hours over three years. The maiden flight was delayed, due to issues with the titanium quill shafts in the transmission and gear box.

In December 2018, the CH-53K was projected to not be ready for combat as expected in late 2019, due to delivery delays caused by technical flaws found in testing, which resulted in a major program restructuring. Flaws included the engine re-ingesting exhaust gas, limited service life for the rotor gear boxes, late deliveries of redesigned parts, and deficiencies with the tail rotor and driveshaft. It is estimated that the delay will push back delivery of combat-ready CH-53Ks until May 2020.

The CH-53K can carry two 463L master pallets, eliminating the need to break apart pallets between airlifter and helicopter. 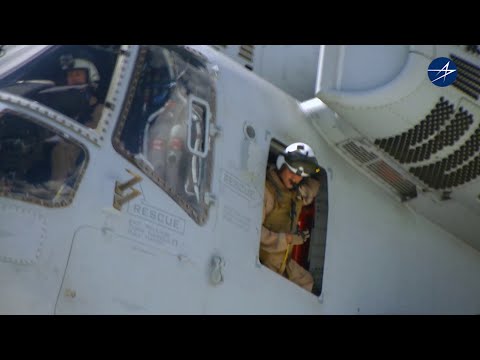 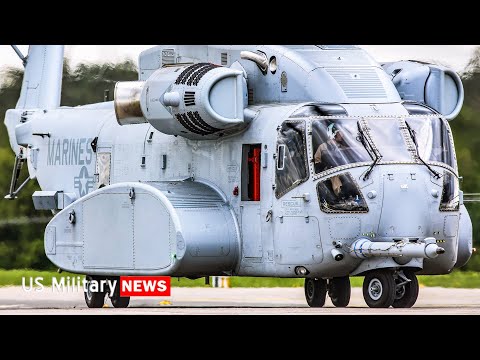 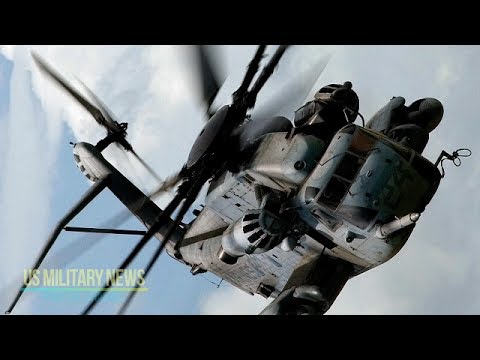