The Eurocopter EC665 Tiger is a four-bladed, twin-engined attack helicopter which first entered service in 2003. It is manufactured by Eurocopter, the successor company to Aérospatiale’s and Daimler-Benz Aerospace AG’s respective helicopter divisions, who designate it as the EC665. In Germany it is known as the Tiger; in France and Spain it is called the Tigre. Development of the Tiger had started during the Cold War, it was initially intended as an anti tank helicopter platform to be used against a Soviet ground invasion of Western Europe. Due to a prolonged development period during which the Soviet Union was peacefully dissolved, France and Germany chose to proceed with the Tiger, developing it as a multirole attack helicopter instead, achieving operational readiness in 2008.

The Tiger has the distinction of being the first all-composite helicopter developed in Europe; and incorporates other advanced features such as a glass cockpit, stealth technology and high agility in order to increase its survivability. Improved variants have also begun to enter service, outfitted with more powerful engines and compatible with a wider range of weapons. Since the type’s introduction to service, Tigers have been used in combat in Afghanistan, Libya, and Mali.

In 1984, the French and West German governments issued a requirement for an advanced multirole battlefield helicopter. A joint venture consisting of Aérospatiale and MBB was subsequently chosen as the preferred supplier. In 1986, the development programme was effectively cancelled due to spiralling costs; it had been officially calculated that supplying the German forces with an equivalent number of US-produced McDonnell Douglas AH-64 Apache attack helicopters would have been a considerably cheaper alternative to proceeding with development of the Tiger. According to statements by the French Defence Minister André Giraud in April 1986, the collaborative effort had become more expensive than an individual national programme and was forecast to take longer to complete as well. In July 1986, a government report into the project alleged that the development had become distanced from the requirements and preferences of the military customers the Tiger was being developed for.

Both France and Germany reorganised the programme, including steps such the adoption of fixed term contracts which placed greater financial risk upon the private firms involved. Thomson CSF also took over the majority of the Tiger’s electronic development work, such as the visual systems and sensors. Despite the early development problems and the political uncertainty between 1984 and 1986, the program was formally relaunched in November 1987; it was at this point that a greater emphasis on the attack helicopter’s anti-tank capabilities came about. Much of the project’s organisational framework was rapidly redeveloped between 1987 and 1989; such as the installation of a Franco-German Helicopter Office to act as a program executive agency in May 1989.

The Tiger is capable of undertaking a wide range of combat missions, including armed reconnaissance and surveillance, anti-tank and close air support, escort and protection of friendly assets; and can operate during day or night in all-weather conditions, and has been designed to include operations in the aftermath of nuclear, biological, or chemical warfare. The Tiger can also be used in the maritime environment, able to operate from the decks of ships including frigates and during extreme weather conditions. Amongst the Tiger’s notable qualities, it possesses very high levels of agility, much of which is attributed to the design of its 13-meter four-bladed hingeless main rotor; the Tiger can perform full loops and negative g manoeuvres. Power is provided by a pair of FADEC-controlled MTU Turbomeca Rolls-Royce MTR390 turboshaft engines.

The protection systems employed on the Tiger includes stealth; aspects such as the visual, radar, infra-red and acoustic signatures have been minimised to better evade threats that may be present upon the battlefield. According to Andrew Warner, the Tiger’s survivability “relies on stealth and agility”. The fuselage is armoured and was developed to withstand small arms fire and 23 mm (0.91 in) cannon rounds. The helicopter has various radar/laser warning and missile-approach detection systems, including EADS’s AN/AAR-60 MILDS (Missile Launch Detection System), as well as flares and chaff dispensers.

Each crew member has a pair of multifunction liquid-crystal data displays at their control station, typically used to display internal systems information and sensory data, and to interact with the aircraft’s higher systems. An additional display system is available to both crew in the form of the helmet-mounted display (HMD). The HMD is used by the flying pilot to display basic flight data with digitally-enhanced optics, such as night vision or infrared imagery from the sensors, superimposed against; the gunner can use the HMD to interact with and control on-board weapon systems and view targeting data.

On each of its two inner hardpoints and two outer hardpoints the Eurocopter Tiger can carry a combination of the following weapons:

The UHT (from Unterstützungshubschrauber Tiger German for Support Helicopter Tiger) is a medium-weight multi-role fire support helicopter built for the Bundeswehr (German Armed Forces). Under an agreement between the German government and Eurocopter made in March 2013, a total of 57 Tiger UHs are to be procured.

The UHT can carry PARS 3 LR “fire and forget” and/or HOT3 anti-tank missiles as well as 70 mm (2.8 in) Hydra 70 air-to-ground fire support rockets. Four AIM-92 Stinger missiles (2 on each side) are mounted for air-to-air combat. Unlike the HAP/HCP version it has no integrated gun turret, but a 12.7 mm (0.50 in) gunpod can be fitted if needed. The German Army decided against the French 30 mm (1.2 in) GIAT cannon used on other Tiger versions due to dissatisfation with the heavy recoil of this weapon. Another difference is the use of a mast-mounted sight, which has second-generation infrared and CCD TV cameras (range 18 km).

It is fitted with a chin-mounted GIAT 30 mm gun turret and can carry 68 mm SNEB unguided rockets or 20 mm machine cannons for the fire support role as well as Mistral air-to-air missiles. France’s 40 HAP were delivered by 2012 at a cost of €27m/unit (~US$36m) in 2012 prices.

The Tiger HAD (Hélicoptère d’Appui Destruction, in French or Helicoptero de Apoyo y Destrucción in Spanish for “Support and Destruction Helicopter”) version is essentially identical to the HAP version, but with 14% more engine power available due to the upgraded Enhanced MTR390 engines (1,000 kW / 1,341 shp) and a better ballistic protection, as a result of the specific requests made by the Spanish Army. It will be equipped with the Hellfire II,[76] and the Spike ER anti-armour missiles.

The helicopter is suited for a support and fire suppression role. It was selected by the Spanish Army and the French Army Light Aviation (ALAT) decided to upgrade most of their HAP helicopters to the HAD variant. In December 2004, Spain ordered 24 of the HAD variant and France ordered 40 HADs. France’s 40 HAD will cost €35.6m/unit (~US$48m) in 2012 prices.

The Tiger ARH (Armed Reconnaissance Helicopter) is the version ordered by the Australian Army to replace its OH-58 Kiowas and UH-1 Iroquois-based ‘Bushranger’ gunships. The Tiger ARH is a modified and upgraded version of the Tiger HAP with upgraded MTR390 engines as well as a laser designator incorporated in the Strix sight for the firing of Hellfire II air-to-ground missiles. Instead of SNEB unguided rockets, the ARH will use 70 mm (2.75 in) rockets from Belgian developer, Forges de Zeebruges (FZ). 22 of the variant were ordered in December 2001. Most of the helicopters will be operated by the 1st Aviation Regiment based at Robertson Barracks in Darwin.

The first two ARH helicopters were delivered to Australia on 15 December 2004. ARH deliveries were to be completed by June 2010. Full operating capability was planned for December 2011. 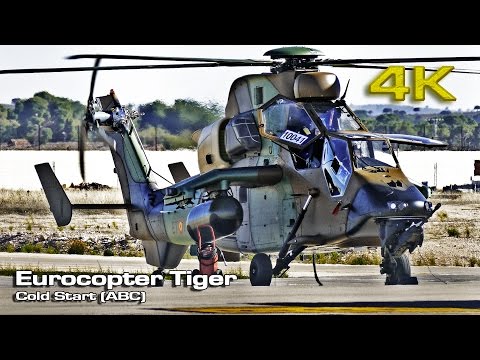 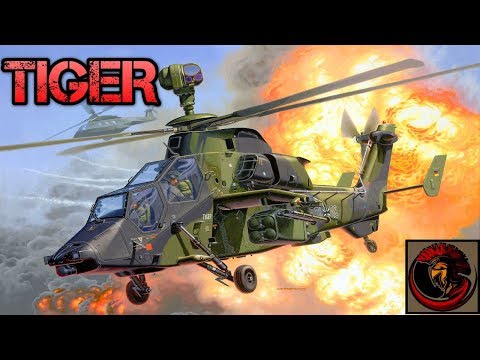 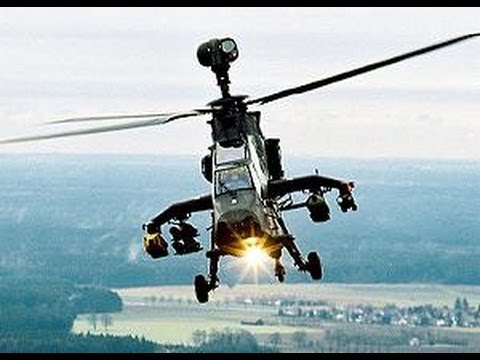