The four-nation Eurofighter Typhoon is a foreplane delta-wing, beyond-visual-range, close air fighter aircraft with surface attack capability. Eurofighter has ‘supercruise’ capability: it can fly at sustained speeds of over Mach 1 without the use of afterburner.

Development of the aircraft has been carried out by Eurofighter GmbH, based in Munich and wholly owned by BAE Systems of the UK, Alenia Aeronautica of Italy and the EADS Deutschland (formerly DaimlerChrysler) and EADS Spain (formerly CASA). In January 2003, Norway signed an agreement for industrial participation in the project, but has not committed to purchase of the fighter.

The aircraft will remain in service until 2040.

An overall production contract for 620 aircraft was signed in January 1998 with 232 for the UK, 180 for Germany, 96 for Italy and 87 for Spain. The number of aircraft ordered by the Italian Air Force was reduced from 121 to 96 due to global financial slowdown. The country will save $2.6bn. By mid 2009, a total of 707 Eurofighter Typhoon aircraft had been ordered including 72 for Saudi Arabia and 15 for Austria.

Eurofighter delivered first four Eurofighter Typhoons to the German Air Force on 16 December 2009 to Jagdbombergeschwader 31 Boelcke Air Wing. The aircraft will be used to execute air to ground operations.

In November 2009, EADS announced that it would perform ON aircraft scheduled inspections industrial service (OASIIS) for the Spanish Air Force’s fleet located at Morón Air Base near Seville. The service will be provided as part of the ten-year 150m contract which includes maintenance and procurement of consumables for its fleet.

A Eurofighter Typhoon aircraft was delivered to X Gruppo Squadron of the Italian Air Force on 14 July 2010. It is the fourth Italian Squadron to use Eurofighter for partrolling and safeguarding the airspace of Albania.

An intention to purchase 24 Eurofighter Typhoons worth £1.4bn ($2.13bn) was sent by Oman to the UK in April 2010. The aircraft will be deployed by its Royal Air Force.

In July 2009, the RAF signed a £3bn contract for 40 standard Typhoon aircraft. The contract includes 24 replacements of the aircraft that were ordered in 2004. The first of this is scheduled to enter into service with the RAF in 2013.

The four participating nations signed the contract for tranche 2 production in December 2004 for €14m. Tranche 2 comprises 236 aircraft – Germany 75, Italy 48, Spain 35 and UK 93, increased from 236 to 251 as 15 tranche 1 aircraft were designated for Austria. First flight of the tranche 2 aircraft was in January 2008. Type acceptance for tranche 2 was received in September 2008 and deliveries began to the UK in October, Italy in November, and Spain in December 2008.

The contract for tranche 2 phase 1 enhancement (P1E) was placed in March 2007. This includes the integration of Raytheon Paveway IV 500lb and Enhanced Paveway EGBU-16 1,000lb guided bombs and a new laser designator pod.

Greece also selected the Eurofighter but a change of government led to a cancellation of the procurement of 60 aircraft.

Austria signed a contract for 18 Eurofighter aircraft in August 2003. The order was reduced to 15 aircraft in June 2007. The first two aircraft were delivered in 2007 with the total deliveries under tranche 1 concluding in September 2009.

In December 2005, it was announced that the Eurofighter Typhoon has been selected by Saudi Arabia. In September 2007, the government of Saudi Arabia signed an agreement with the UK Ministry of Defence for the purchase of 72 aircraft, under a defence cooperation programme called Project Salaam. 24 aircraft will be tranche 2 Typhoons previously destined for the UK RAF. The first of these was delivered in June 2009. The remaining 48 aircraft will be assembled in Saudi Arabia and delivered from 2011.

In July 2006, a contract was signed for the software integration of the Lightening targeting pod and Enhanced Paveway II bombs for RAF Typhoons.

A €9bn contract for tranche 3 production was signed in July 2009 at Eurofighter’s Munich office. Under the tranche 3 production, 212 aircraft will be delivered between 2012 and 2017. Two export contracts from Austria (in 2003) and Saudi Arabia (in 2007) were already secured. The campaigns taken up by the Eurofighter partner companies are under progress in Switzerland, India, Japan, Romania, Greece, Turkey, Bulgaria and Croatia.

In May 2009, the UK confirmed its final draft contract for participating along with the other three nations of the Eurofighter consortium for tranche 3 production.

The foreplane / delta configuration is intentionally aerodynamically unstable which provides a high level of agility (particularly at supersonic speeds), low drag and enhanced lift. The pilot controls the aircraft through a computerised digital fly-by-wire system which provides artificial stabilisation and gust elevation to give good control characteristics throughout the flight envelope.

The quadruplex fly-by-wire flight control system has an automatic low-speed recovery system (ALSR) which provides the pilot with visual and audio low speed warning and will, if necessary, automatically take control of the aircraft and return to safe flight.

Northrop Grumman was awarded a contract in August 2010 for inertial measurement units (IMU) to be installed in tranche 3A. The IMU will be fitted with inertial sensors and built-in redundancy. It was built as part of the aircraft’s flight control system.

The internally mounted Mauser BK27mm gun is a revolver gun system with a linkless-closed ammunition feed system. The Eurofighter Typhoon has 13 hard points for weapon carriage, four under each wing and five under the fuselage. An armament control system (ACS) manages weapons selection and firing and monitors weapon status.

Depending on role, the fighter can carry the following mix of missiles:

The UK RAF has selected MBDA Meteor for the BVRAAM requirement and Raytheon AMRAAM until Meteor enters service. Meteor uses a new air-breathing ramjet motor for increased range and manoeuvrability. Meteor will be fitted from around 2013.

German, Italian and Spanish Eurofighters carry the imaging infrared IRIS-T air-to-air missile developed by Diehl BGT Defence of Germany. Deliveries began in December 2005. German and Spanish aircraft are also armed with the Taurus KEPD 350 stand-off missile from EADS/LFK and Saab Bofors Dynamics, which has a range over 350km.

The aircraft’s defensive aids sub-system (DASS) is accommodated within the aircraft structure and integrated with the avionics system.

DASS has been developed by the EuroDASS consortium – Selex Sensors and Airborne Systems (formerly BAE Systems Avionics) of the UK (prime contractor), Elettronica of Italy and Indra of Spain. The consortium was rejoined in October 2001 by EADS, after the German Federal Ministry of Defence contracted to re-enter the programmme.

Selex Galileo was awarded a contract in September 2010 to provide the Praetorian DASS for tranche 3A at a cost of £400m ($616m). The system will incorporate ECM/ESM and missile approach warning (MAW) elements. The first DASS will be delivered in 2012.

Eurofighter and Euroradar began to jointly develop an advanced active electronically scanned array (AESA) radar in July 2010. The radar is expected to be operational by 2015. It will meet the requirements of Eurofighter partner nations and export customers. The detection and tracking range of the radar has been improved.

The aircraft is equipped with a CAPTOR (ECR 90) multimode X-band pulse Doppler radar, developed by the Euroradar consortium. The multimode radar has three processing channels. The third channel is used for jammer classification, interference blanking and sidelobe nulling. Euroradar is led by Selex Sensors and Airborne Systems, with Indra of Spain, FIAR of Italy and EADS Defence Electronics of Germany.

In May 2007, an active electronically scanning array (AESA) version of CAPTOR, developed by Euroradar, was successfully test-flown on a Eurofighter. The radar is called CAESAR (CAPTOR AESA).

The PIRATE (passive infrared airborne track equipment) is mounted on the port side of the fuselage, forward of the windscreen. PIRATE has been developed by the EUROFIRST consortium which comprises Galileo Avionica (FIAR) of Italy (lead contractor), Thales Optronics of the UK (system technical authority) and Tecnobit of Spain.

PIRATE operates in both 3-5 and 8-11 micron spectral bands. When used with the radar in an air-to-air role, it functions as an infrared search and track system (IRST), providing passive target detection and tracking.

In an air-to-surface role, it performs multiple target acquisition and identification, as well as providing a navigation and landing aid. PIRATE provides a steerable image to the pilot’s helmet-mounted display.

In September 2005, Ultra Electronics was contracted to supply the Rafael Litening EF laser targeting pod for UK RAF Typhoons. German AF aircraft are also being equipped with the Litening pod.

The Eurofighter is equipped with two Eurojet EJ200 engines, each delivering thrust of 90kN in full reheat and 60kN in dry power mode. Single-stage turbines drive the three-stage fan and five-stage HP compressor. The EJ200 engine has been developed by Eurojet, in Munich. 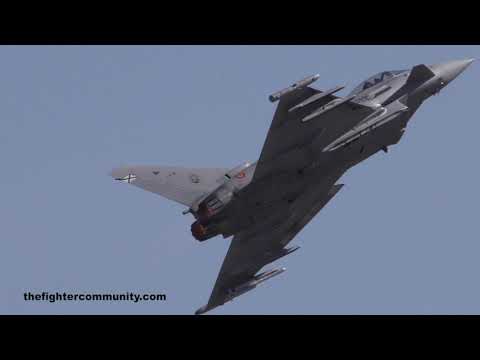 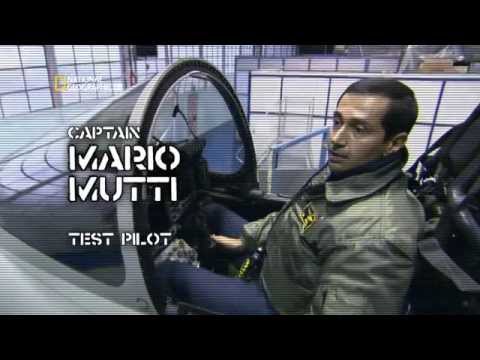 One thought on “Eurofighter Typhoon”