The F-22A Raptor is an advanced tactical fighter aircraft developed for the US Air Force (USAF). It entered service with the USAF in December 2005 to replace the F-15, with emphasis on agility, stealth and range.

In April 2009, production of the F-22 fighter jet was officially terminated when Defense Secretary Robert Gates announced that the Pentagon would end the Lockheed-run F-22 programme and increase the production of the F-35 joint strike fighter.  The last produced F-22 was delivered in 2012 and 183 F-22 aircraft are currently in service with the USAF.

By 1990 Lockheed Martin, teamed with Boeing and General Dynamics, had built and flown the demonstration prototype aircraft, designated YF-22. The first F-22 fighter aircraft was unveiled in April 1997 and was given the name Raptor.

In September 2002, the USAF decided to redesignate the aircraft F/A-22 to reflect its multi-mission capability in ground attack as well as air-to-air roles. The aircraft’s designation was changed again to F-22A when it achieved initial operating capability (IOC) in December 2005.

The decision to proceed to low-rate initial production (LRIP) was authorised in August 2001 and Lockheed Martin delivered 49 aircraft under LRIP contracts.

Initial operational test and evaluation began in April 2004 and was successfully completed in February 2005. The F-22 Raptor achieved full operational capability in December 2007.

A further 60 Raptors were ordered in July 2007, bringing the total ordered to 183, with production to 2011. In November 2008, $40m of funding for four additional raptors was approved by the Pentagon, increasing the total ordered jets to 187, with the buying scheduled in the second half of the fiscal year 2009.

In May 2019, the USAF’s F-22 fleet received an upgrade to modernise the application development process.

The first operational wing of F-22A Raptors was Langley AFB in Virginia with a fleet of 40 aircraft. Elmendorff AFB, Alaska, became the second in August 2007 and Holloman AFB, New Mexico the third in June 2008. Operational Raptors are also based at Hickam AFB Hawaii.

“The F-22A Raptor is a supersonic, dual-engine fighter jet, which has won the 2006 Robert J Collier Trophy from the American National Aeronautic Association (NAA).”

In February 2007, 12 F-22 aircraft began the first overseas deployment of the fighter at Kadena Air Base in Japan. The aircraft returned in May 2007. In January 2009, 12 F-22 jets were deployed at the Kadena Air Base from Langley Air Force Base in Japan for three months as a part of the 27th Fighter Squadron.

During flight tests, the F-22A has demonstrated the ability to ‘supercruise’, flying at sustained speeds of over Mach 1.5 without the use of afterburner.

The F-22 construction is 39% titanium, 24% composite, 16% aluminium and 1% thermoplastic by weight. Titanium is used for its high strength-to-weight ratio in critical stress areas, including some of the bulkheads, and also for its heat-resistant qualities in the hot sections of the aircraft.

Carbon-fibre composites have been used for the fuselage frame, the doors, intermediate spars on the wings, and for the honeycomb sandwich construction skin panels.

A variant of the M61A2 Vulcan cannon is installed internally above the right air intake. The General Dynamics linkless ammunition handling system holds 480 rounds of 20mm ammunition and feeds the gun at a rate of 100 rounds a second.

The bay is fitted with the EDO Corp. LAU-142/A AVEL AMRAAM vertical ejection launcher which is a pneumatic-ejection system controlled by the stores management system. Raytheon AMRAAM air-to-air missile is an all-weather short- to medium-range radar-guided fire-and-forget missile, with a range of 50nm. The side bays can each be loaded with one Lockheed Martin / Raytheon AIM-9M or AIM-9X Sidewinder all-aspect short-range air-to-air missile.

The GPS-guided, Boeing small diameter bomb (SDB) was integrated on the F/A-22 in February 2007. Eight SDBs can be carried with two AMRAAM missiles.

The AN/APG-77 radar has been developed for the F-22 by the Electronic Sensors and Systems Division of Northrop Grumman and Raytheon Electronic Systems. The radar uses an active electronically scanned antenna array of 2,000 transmitter / receive modules, which provides agility, low radar cross-section and wide bandwidth. Deliveries of the AN/APG-77 began in May 2005.

The F-22 is powered by two Pratt and Whitney F119-100 engines. The F119-100 is a low bypass after-burning turbofan engine providing 156kN thrust. The F119 is the first fighter aircraft engine equipped with hollow wide chord fan blades which are installed in the first fan stage.

The United States Air Force is the only operator of the F-22. In August 2019, it had 183 production aircraft in inventory. 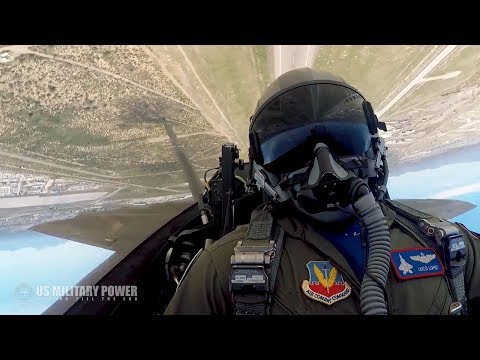 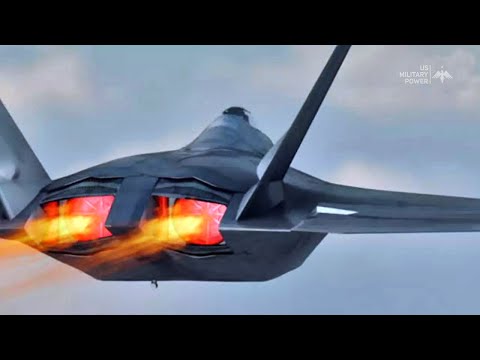 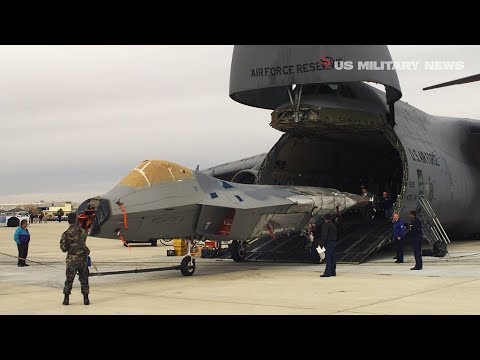