The Freedom class is one of two classes of the littoral combat ship program, built for the United States Navy.

The Freedom class was proposed by a consortium formed by Lockheed Martin as “prime contractor” and by Fincantieri (project) through the subsidiary Marinette Marine (manufacturer) as a contender for a fleet of small, multipurpose warships to operate in the littoral zone. Two ships were approved, to compete with the Independence-class design offered by General Dynamics and Austal for a construction contract of up to 55 vessels.

Despite initial plans to only accept two each of the Freedom and Independence variants, the U.S. Navy has since announced plans to order up to 10 additional ships of each class, for a total 12 ships per class. As of 2016, five ships are active and an additional nine are either on order, under construction, or fitting out.

Planning for a class of small, multipurpose warships to operate in the littoral zone began in the early 2000s. The construction contract was awarded to Lockheed Martin’s LCS team (Lockheed Martin, Gibbs & Cox, Marinette Marine, Bollinger Shipyards) in May 2004 for two vessels. These would then be compared to two ships built by Austal USA to determine which design would be taken up by the Navy for a production run of up to 55 ships.

On 15 April 2003, the Lockheed Martin LCS team unveiled their Sea Blade concept based on the hull form of the motor yacht Destriero.

The keel of the lead ship Freedom was laid down in June 2005, by Marinette Marine in Marinette, Wisconsin. She was christened in September 2006, delivered to the Navy in September 2008, and commissioned that November. During INSURV trials, 2,600 discrepancies were discovered, including 21 considered high-priority. Not all of these were rectified before the ship entered service, as moving the ship away from Milwaukee before the winter freeze was considered a higher priority.

Cost overruns during Freedom‘s construction combined with projected future overruns led the government to issue a “stop-work” in January 2007 and ultimately led to the cancellation of construction of LCS-3 (the second Lockheed Martin ship) on 13 April 2007. This ship was later reordered.

After much inconsistency on how testing and orders were to proceed, in November 2010, the Navy asked that Congress approve 10 of both the Freedom and Independence variants.

The ship is a semiplaning steel monohull with an aluminum superstructure. It is 377 ft (115 m) in length, displaces 3,500 metric tons (3,400 long tons), and can achieve 47 kn (87 km/h; 54 mph). The design incorporates a large, reconfigurable seaframe to allow rapidly interchangeable mission modules, a flight deck with integrated helicopter launch, recovery and handling system, and the capability to launch and recover boats (manned and unmanned) from both the stern and side.

The flight deck is one and a half times larger than that of a standard surface ship, and uses a Trigon traversing system to move helicopters in and out of the hangar. The ship has two ways to launch and recover various mission packages: a stern ramp and a starboard side door near the waterline. The mission module bay has a three-axis crane for positioning modules or cargo.

The most serious problems with the Freedom class are with the electrical systems.

The fore deck has a modular weapons zone which can be used for a 57 mm gun turret or missile launcher. A Rolling Airframe Missile launcher is mounted above the hangar for short-range defense against aircraft and cruise missiles, and .50-caliber gun mounts are provided topside. The Fleet-class unmanned surface vessel is designed for operations from Freedom-variant ships.

The core crew is 40 sailors, usually joined by a mission package crew and an aviation detachment for a total crew around 75. Automation allows a reduced crew, which greatly reduces operating costs, but workload can still be “gruelling”. During testing of the class lead, two ship’s companies will rotate on four-month assignments.

The Congressional Budget Office estimates that fuel will account for only “8 percent to 18 percent” of the total lifecycle costs for Freedom. Senator Jeff Sessions of Alabama has called the report into question and has suggested that Independence, built in his state, would be more fuel efficient and that less frequent refuelings would affect military operations beyond the cost of fuel.

Survivability has been a criticism of both LCS classes, rated at level one by the Navy, compared to level two for the Oliver Hazard Perry-class guided-missile frigates (FFG) they were designed to replace. Lockheed claims the Freedom class is actually more survivable than the FFGs because Navy requirements for various survivability levels have changed since the FFGs were assessed, and because the Freedoms‘ hull is made of high-strength, low-weight steel that was not previously available.

Milwaukee was the first Freedom-class LCS to be fitted with cavitation performance waterjets (Rolls Royce Axial-Flow Waterjet Mk-1). The jets create partial vacuums in liquid using an improved impeller blade design. Cavitation jets do not increase the ship’s top speed, but deliver 10% greater fuel efficiency with less noise and vibration, reduced lifecycle costs, improved maintainability, increased availability, and potentially improved efficiency at lower speeds. The Navy plans to add the new waterjets to every Freedom variant that is produced, including LCS 5, 7, 9, 11, and 13. The mixed-flow design was changed to an axial design to push water parallel to the shaft of the impeller.

The first ships of both LCS classes were delivered before the designs were mature so that improvements could be built into future ships. Many improvements to the Freedom class came from the problems experienced by Freedom (LCS-1) on its first deployment, including power outages, corroded equipment, and a faulty air compressor. To prevent water from being taken into the anchor windlass room, the anchor winch, hydraulic unit, and mooring capstan were replaced with a single electric chain winch on the main deck, and the existing towing chain was replaced with a lighter chain. Corrosion resistance was also improved by the impressed-current cathodic protection system being modified by adding protections to the water-jet inlet tunnel. Starting with LCS-3, the stern transom was lengthened and buoyancy tanks were added to the stern to increase weight service and enhance stability. A significantly less complex gas-turbine electric start system will be added on LCS-5 to reduce costs and lower ship weight.

Starting with LCS-17, the Freedom-class ships will be equipped with the TRS-4D naval radar. The TRS-4D is an AESA radar built by Airbus Defense and Space that is similar to the one on German F125-class frigates, the difference being the LCS will have a rotating version instead of a fixed panel, the first AESA rotating radar aboard a U.S. Navy ship. It is a three-dimensional, multifunction naval radar combining mechanical and electronic azimuth scanning that delivers increased sensitivity to detect smaller targets with greater accuracy and faster track generation. 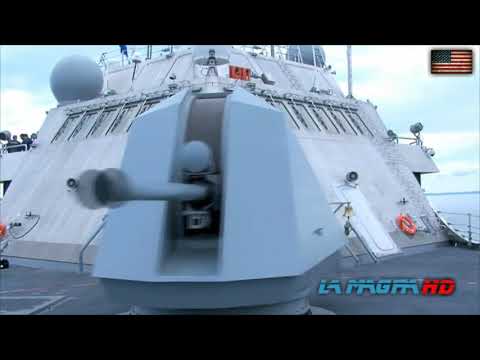 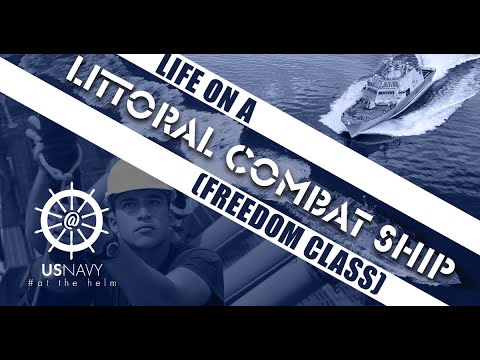