The flagship of the Italian Navy is the aircraft carrier MM Garibaldi, built by Fincantieri of Genoa and commissioned in 1985. Garibaldi (C551) is classed as a CVS – aircraft carrier ASW (anti-submarine warfare). The ship is capable of carrying 18 helicopters or an air squadron of vertical or short take-off and landing (VSTOL) aircraft.

The ship’s command and control system is the IPN 20 supplied by Selex Sistemi Integrati (formerly Alenia Marconi Systems). IPN 20 gathers information from the ship’s sensors and from the communications and data networks in order to compile and display the tactical situation. Communications systems include satellite communications, link 11 and link 14. The vessel has been upgraded with link 16 and new wide-area network (WAN).

The ship’s long-range surface-to-surface missile system, the MBDA (formerly Alenia) Otomat, is installed on the gun decks at the stern of the ship, two launchers on the port and two on the starboard side. The missile has active radar homing, is armed with a 210kg warhead and has a range of 120km.

“The Garibaldi aircraft carrier is the flagship of the Italian Navy.”

The MBDA Albatros surface-to-air missile system provides short-range point defence. The Albatros eight-cell launchers are installed on the roof decks at the forward and stern end of the main island.

Fire control for the Albatros is provided by three Selex NA 30 radar / electro-optical directors, which include infrared camera and laser rangefinder, as well as the Selex RTN 30X fire control radar.

The ship is armed with three 40mm / 70mm twin guns from Oto Melara. The guns have a firing rate of 300 rounds a minute to an airborne target range of 4km and a surface target range of 12km. The weapon control system comprises three Selex NA 21 systems.

Two ILAS 3 triple-tube torpedo launchers from WASS (Whitehead Alenia Sistemi Subaqua) are fitted on the Garibaldi. The 324mm tubes are capable of firing the Honeywell mk46 or the A290 torpedo.

The ship’s flight deck is 174m long and 30.5m wide, and the forward 15m of the flight deck rises to a ski ramp of about 4°. The ship can accommodate up to 18 helicopters, such as the Agusta Sikorsky SH-3D Sea King or the Agusta Bell AB212. Alternatively, the Garibaldi can accommodate 16 AV-8B Harrier II aircraft, or a mix of helicopter and Harriers. The vessel’s flight deck has been upgraded to allow operations with the EH101 helicopter, in service with the Italian Navy.

The carrier’s radar warning receiver and jamming system is the Elettronica Nettuno SLQ-732. The torpedo decoy is the SLQ-25 Nixie.

The aircraft carrier is also fitted with a SLAT anti-torpedo system being developed by Euroslat, a consortium consisting of WASS, DCN and Thales Underwater Systems (formerly Thomson Marconi Sonar).

“Garibaldi can carry out anti-submarine warfare, and command and control of naval and aero-naval forces.”

Garibaldi’s long-range air search radar is the Selex Sistemi Integrati MM/SPS-768 (RAN 3L) operating at D band, which has a range of over 200km. The 3D long-range surveillance radar, the Raytheon AN/SPS-52C, operates at E band with a range of more than 400km. The Selex SPS-774 medium-range air and surface search radar operates at E and F bands and has a range over 150km. Selex Sensors & Airborne Systems supplies the surface search and targeting radar MM/SPS-702, the navigation radar MM/SPN-749 and the aircraft control radar MM/SPN-728, all operating at I band.

The ship’s propulsion system is a combined gas turbine and gas turbine (COGAG) arrangement. The system is based on four LM2500 gas turbine engines developed by FiatAvio of Turin under a licence agreement from US company General Electric (GE). The LM2500 is rated at a sustained power of 81,000hp. The propulsion system provides a maximum speed of 30kt and, at an economical speed of 20kt, the range is over 7,000nm. 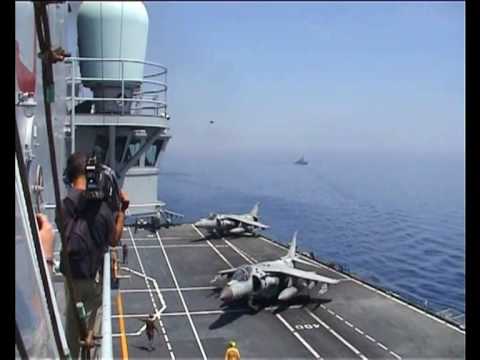 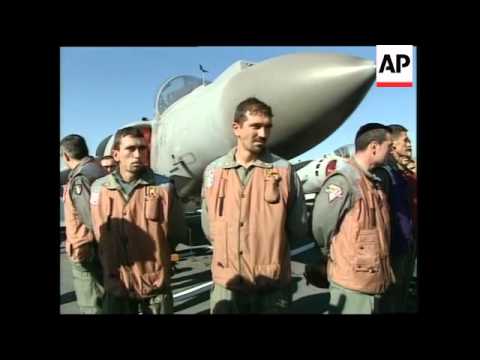