The Nimitz design has accommodated many new technologies over the decades, but it has limited ability to support the most recent technical advances. As a 2005 Rand report said, “The biggest problems facing the Nimitz class are the limited electrical power generation capability and the upgrade-driven increase in ship weight and erosion of the center-of-gravity margin needed to maintain ship stability.”

With these constraints in mind, the US Navy developed what was initially known as the CVN-21 program, which evolved into CVN-78, Gerald R. Ford. Improvements were made through developing technologies and more efficient design. Major design changes include a larger flight deck, improvements in weapons and material handling, a new propulsion plant design that requires fewer people to operate and maintain, and a new, smaller island that has been pushed aft. Technological advances in electromagnetics have led to the development of an Electromagnetic Aircraft Launch System (EMALS) and an Advanced Arresting Gear (AAG). An integrated warfare system, the Ship Self-Defense System (SSDS), has been developed to allow the ship to more easily take on new missions. The new Dual Band Radar (DBR) combines S-band and X-band radar.

At this moment there is a ship delivered and another 3 in different phases of construction. Ships are built by Newport News Shipbuilding.

Tasked with a multi-mission attack / ASW role, the first of class, USS Gerald Ford, was commissioned in 2017.

Gerald R. Ford class (or Ford class; previously known as CVN-21 class) is a class of aircraft carrier being built to replace USS Enterprise (CVN-65) and eventually the United States Navy’s existing Nimitz-class carriers, beginning with the delivery of USS Gerald R. Ford (CVN-78). The new vessels have a hull similar to the Nimitz class carriers, but introduce technologies since developed such as the Electromagnetic Aircraft Launch System, as well as other design features intended to improve efficiency and reduce operating costs, including sailing with smaller crews.

The carrier reaches a maximum speed of over 30k and can accommodate 4550 personnel (ship, air wing and staff).

Carriers of the Gerald R. Ford class have:

The biggest visible difference from earlier supercarriers will be the more aft location of the island (superstructure).[18] The Gerald R. Ford-class carriers are to have a reduced whole-life cost due in part to reduced crew size.[11] These ships are intended to sustain 160 sorties per day for 30-plus days, with a surge capability of 270 sorties per day.[19][20] Director of Operational Testing Michael Gilmore has criticized the assumptions used in these forecasts as unrealistic and has indicated sortie rates similar to the 120/240 per day of the Nimitz class would be acceptable.

Today’s air wing composition is designed to allow for broad striking power hundreds of miles from the carrier’s position, while providing defense in depth of the battle group through early warning and detection of airborne, surface and subsurface targets. The current U.S. Navy carrier air wing consists of:
Four Strike Fighter (VFA) Squadrons, with twelve F/A-18E/F Super Hornets each, or ten F/A-18C Hornets each (over forty strike fighters total). The typical mix is one F/A-18F (two-seat) Super Hornet squadron, and three single-seat F/A-18E Super Hornet squadrons or a mix of F/A-18E Super Hornet and F/A-18C Hornet squadrons, though some air wings have two F/A-18F (two-seat) squadrons. In two airwings one of the F/A-18C Hornet squadrons is a U.S. Marine Corps Fighter Attack (VMFA) Squadron.
One Electronic Attack (VAQ) Squadron, made up of five EA-18G Growlers.
One Carrier Airborne Early Warning (VAW) Squadron, with four E-2C Hawkeyes or five E-2D “Advanced” Hawkeyes
One Helicopter Sea Combat (HSC) Squadron of eight MH-60S Seahawks
One Helicopter Maritime Strike (HSM) Squadron of eleven MH-60R Seahawks, 3–5 of which are typically based in detachments on other ships of the carrier strike group.
A Fleet Logistics Support (VRC) Squadron Detachment of two C-2A Greyhounds;

Another addition to the Gerald R. Ford class is an integrated active electronically scanned array search and tracking radar system. The dual-band radar (DBR) was being developed for both the Zumwalt-class guided missile destroyers and the Gerald R. Ford-class aircraft carriers by Raytheon. The island can be kept smaller by replacing six to ten radar antennas with a single six-faced radar. The DBR works by combining the X band AN/SPY-3 multifunction radar with the S band Volume Search Radar (VSR) emitters, distributed into three phased arrays. The S-band radar was later deleted from the Zumwalt destroyers to save money.

The three faces dedicated to the X-band radar handle low-altitude tracking and radar illumination, while the three S-band faces handle target search and tracking regardless of weather. “Operating simultaneously over two electromagnetic frequency ranges, the DBR marks the first time this functionality has been achieved using two frequencies coordinated by a single resource manager.”[25]

This new system has no moving parts, therefore minimizing maintenance and manning requirements for operation. The AN/SPY-3 consists of three active arrays and the Receiver/Exciter (REX) cabinets abovedecks and the Signal and Data Processor (SDP) subsystem below-decks. The VSR has a similar architecture, with the beamforming and narrowband down-conversion functionality occurring in two additional cabinets per array. A central controller (the resource manager) resides in the Data Processor (DP). The DBR is the first radar system that uses a central controller and two active-array radars operating at different frequencies. The DBR gets its power from the Common Array Power System (CAPS), which comprises Power Conversion Units (PCUs) and Power Distribution Units (PDUs). The DBR is cooled via a closed-loop cooling system called the Common Array Cooling System (CACS).

The Enterprise Air Surveillance Radar (EASR) is a new design surveillance radar that is to be installed in the second Gerald R. Ford-class aircraft carrier, John F. Kennedy (CVN-79), in lieu of the Dual Band radar. The America-class amphibious assault ships starting with LHA-8 and the planned LX(R) will also have this radar. The EASR suite’s initial per-unit cost will be about $180 million less than the DBR, for which the estimate is about $500 million.

The new Bechtel A1B reactor for the Gerald R. Ford class is smaller and simpler, requires fewer crew, and yet is far more powerful than the Nimitz-class A4W reactor. Two reactors will be installed on each Gerald R. Ford-class carrier, providing a power generation capacity at least 25% greater than the 550 MW (thermal) of the two A4W reactors in a Nimitz-class carrier, and three times that of “current carrier power plants”. 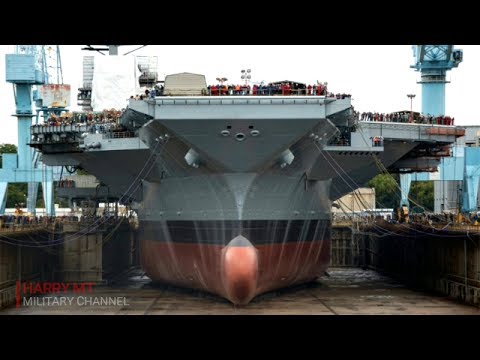 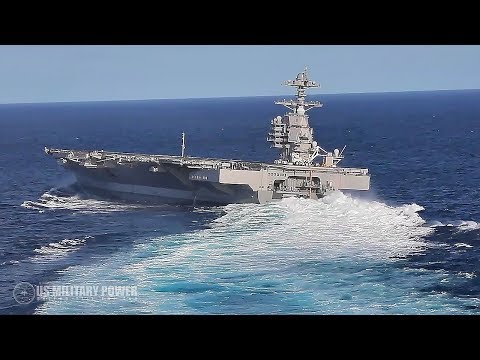 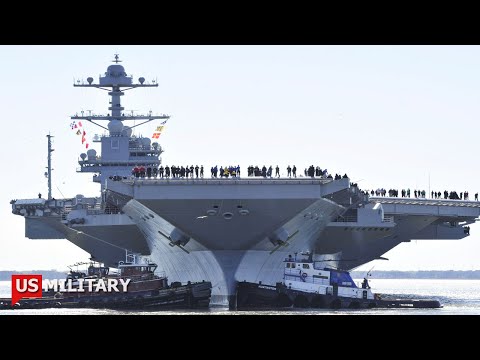