Landing helicopter dock (LHD) Juan Carlos I, the Spanish Navy’s biggest vessel, was launched in March 2008 at Navantia Ferrol Shipyard. Named after the King of Spain, the strategic projection ship has been built at an approximate cost of €360m.

The ship was designed in 2005, completed sea trials in June 2010 and was commissioned in September 2010.

The LHD has four decks – a dock and garage for heavy cargo, a habitability deck, a hangar and light cargo garage and a flight deck with a portside 12° sky-jump. The ship is equipped with four 20mm guns and four 12.7mm machine guns. An anti-missile close-in weapon system is planned to be included in future.

The LHD is a multipurpose vessel that can be used as an aircraft carrier as well as for amphibious and relief operations.

As an aircraft carrier, Juan Carlos I has a 201.9m-long and 32m-wide flight deck with a 12° sky-jump facility for VSTOL aircraft (AV-8B Plus or joint strike fighter). Apart from V-22 Osprey, AV-8B Plus, and JSF aircraft, six NH-90, six SH-3D and six AB 212 helicopters, four CH-47 Chinook and one SA spot can be operated from the vessel.

The hangar can accommodate 12 aircraft, while six aircraft can be parked on the flight deck. The ship has two elevators, with a capacity to carry bigger aircraft in the future. The vessel’s displacement for air operations is 24,660t and maximum sustained speed is 21kt.

The ship has a dock of 69.3m length and 16.8m width. Her flooding deck can carry four LCM-1E/LCM-8 + 4/6 SUPERCAT type RIBs, one LCAC and LVTs. Displacement of the LHD for amphibious operations is 27,079t, while the maximum sustained speed is 19.5kt.

Juan Carlos I is capable of transporting 144 containers as well as evacuated civilians. It has two operation theatres, a dentist’s room, a sick bay, a consulting room, a first aid room, an ICU, an injury selection area, an X-ray room, a lab and a chemist’s room. An elevator connects the dock, flight deck and cargo decks to the hospital to transport invalid personnel.

The Spanish Navy will deploy the vessel jointly with the Army. The LHD has a 1,400m² heavy vehicle garage for M-60 or Leopard type tanks. The light vehicles garage is next to the aircraft hangar, in an area of up to 2,046m².

The vessel has satellite, data and voice communication systems in place. The crew and the defence staff on board will be able to receive commands and communication from data links. Information can be received and sent through sensors and equipment.

“The LHD is a multipurpose vessel that can be used as an aircraft carrier as well as for amphibious and relief operations.”

The LHD runs on a combined diesel-eLectric and gas turbine (CODLAG) propulsion system. The electric engines are powered by one gas turbine and two diesel generators. It has an endurance of 9,000NM at 15kt. An electric propulsion system means a reduction in fuel consumption, gas emissions and noise and vibrations; lower maintenance costs; reduction of necessary space and high manoeuvrability. 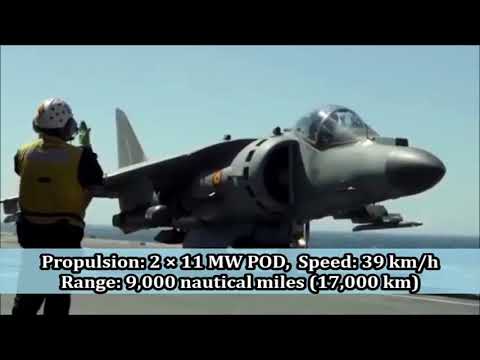 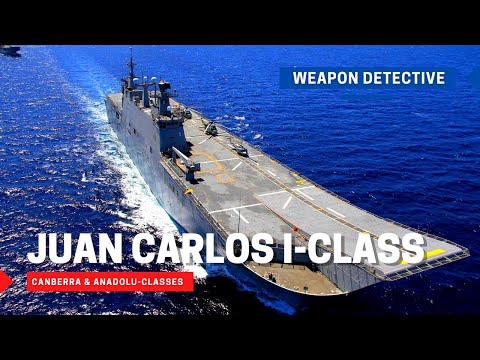 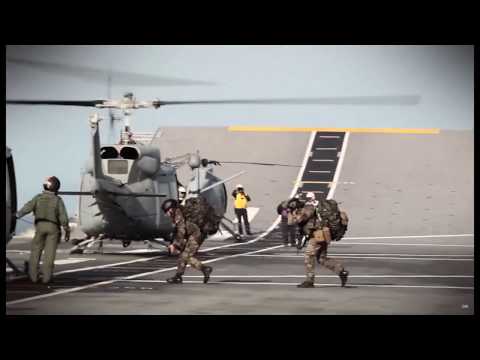