A long-range supersonic interceptor aircraft, the MiG-31 Foxhound, a two-seat aircraft developed principally for the Russian and Kazakhstan Air Forces, was derived from MiG-25 Foxbat. The maiden flight of the MiG-31 took place in September 1975. Mikoyan is the designer and manufacturer of the MiG-31.

MiG-31 can work efficiently in all weather conditions while fulfilling visual flight rules (VFR) and instrument flight rules (IFR), day and night. It is equipped with state-of-the-art digital avionics. MiG-31 was the first soviet fighter aircraft to have true look-down and shoot-down capability.

In 2007, Russia’s United Aircraft Corporation (UAC) signed two contracts worth $1bn with Syria. One contract was for MiG-29M and another for MiG-31. The deliveries of MiG-29M are ongoing, but those of MiG-31 were not effective till 2009 when the UAC confirmed its plans to deliver the eight MiG-31 aircraft to Syria as part of the $1bn contract. The eight MiG-31 aircraft were ordered in a deal worth $400m signed in 2007. The order was cancelled in May 2009 due to pressure from Israel and lack of funds.

The MiG-25 Foxbat was unable to fly at low altitudes. The installation of inefficient turbojet engines led to decrease in combat range at supersonic speeds and an increase in the speed gauge of the MiG-25 resulted in the destruction of the aircraft’s engine.

“The MiG-31 Foxhound is a two-seat aircraft developed for the Russian and Kazakhstan Air Forces.”

In an effort to overcome the drawbacks of the MiG-25 Foxbat, the MiG-31 was developed to fly at low altitudes with required supersonic speeds. MiG-31 is equipped with efficient low-bypass-ratio turbofan engines, which allow an increase in combat range.

Production of MiG-31 began in 1979 and the aircraft was fully operational with the Soviet Anti-Air Defence (PVO) by 1982. The economic slowdown in the USSR has made the maintenance of its complex MiG-31 aircraft difficult for many squadrons. As a result, around 20% of the MiG-31 aircraft were removed from service. About 75% of these aircraft, however, re-entered service with the Russian Air Force in 2006 when strong economic growth returned.

The MiG-31 has a highly aerodynamic and streamlined body to enable flying at high speeds at low altitude. The aircraft is specifically designed to track multiple targets simultaneously at high altitudes.

The MiG-31’s airframe contains various materials including welded nickel steel (49%), titanium (16%), aluminium alloy (33%) and 2% of composites. Four underwing pylons are also fitted in the fuselage of the aircraft.

The aircraft’s fuselage is designed to provide lateral rectangular and diagonal cut air intakes and features a bubble canopy with a long pointed nose.

The wings are sharpened and swept back with square tips and negative slant.

The MiG-31 cockpit is equipped with digital avionics such as MFDs and liquid crystal displays (LCDs), which provide updated instrument readings and radar information.

Both front and rear sides of the cockpit are equipped with zero / zero ejection seats which allow the pilot to fly at the altitude and airspeed preferred. The pilot sits in the front seat of the cockpit while the weapon system officer (WSO) sits in the rear cockpit seat, controlling the radar operations and weapon deployment thereby decreasing the work load of the pilot and increasing the efficiency.

Four long-range Vympel R-33E air-to-air missiles are installed in the MiG-31 aircraft. The R-33 can be launched in inertial navigation mode to shoot the target at extreme range. It can be guided in semi-active radar homing (SARH) mode for initial acquisition and mid course updates. It is used for attacking large and high-speed targets such as the SR-71 Blackbird, the B-1 Lancer bomber, and the B-52 Stratofortress.

The aircraft is also equipped with four short-range R-60MK missiles and two Bisnovat R-40TD1 medium-range missiles. A six-barrel 30mm internal cannon (Ghs-6-23M) is installed above the starboard main landing gear bay of the MiG-31 aircraft. The cannon contains 800 rounds of ammunitions and can fire at a rate of over 10,000 rounds a minute.

MiG-31BM can accommodate the AA-12 Adder missile and various Russian air-to-ground missiles (AGMs) such as the AS-17 Krypton anti-radiation missile (ARM).

The MiG-31 can climb at a rate of 208m a second and has the capacity to fly at 3,000km/h. The ferry and combat ranges of the aircraft are 3,300km and 720km respectively. The maximum take-off weight of the aircraft is 46,200kg. The cruise range and wing loading capacities are 1,620m and 665kg/m² respectively, while the maximum g-load is 5g.

The MiG-31 aircraft is equipped with world’s first electronically scanned N007 Zaslon phased array radar. It is also known as SBI-16 Zaslon (Flash Dance) radar and operates from the rear cockpit by WSO. It can receive signals from early warning radar (EWR) and airborne warning and control systems (AWACS). Zaslon has the capacity to scan 200km distance. The radar can trap ten targets and engage four simultaneously flying in the surrounding radius of the aircraft (behind and below the aircraft).

“Commercial satellite launch variants MiG-31A and MiG-31S have been used to train astronauts.”

The antenna of Zaslon is fixed and can be moved electronically. The electronic steering of the radar beam is much faster and accurate than mechanical steering.

The Zaslon radar has the capacity to search and attack various targets in air and ground using continuous and discontinuous fields of control and guidance commands despite target defensive manoeuvres, electronic counter measures (ECM) and adverse weather conditions.

The IRST sensor detects and tracks jet aircraft and helicopters that emit infrared rays, while the RWR systems detect radar systems emitting radio waves through the ground or in the air. The RWR comprises a visual display unit (VDU) in the cockpit that monitors radars by producing audible sounds.

MiG-31 supersonic aircraft is equipped with two Solovyev D-30F6 turbofan shaft engines with a take-off thrust 15,500kgf each. The dry thrust of the D-30F6 is 9,500kgf for each engine. The engine provides a maximum speed of Mach 1.23 at low altitude and increases the aircraft’s range. The fuel consumption of the MiG-31 is very high compared to other aircraft, principally due to its multiple roles. 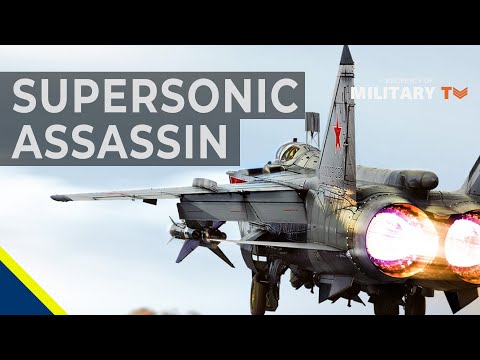 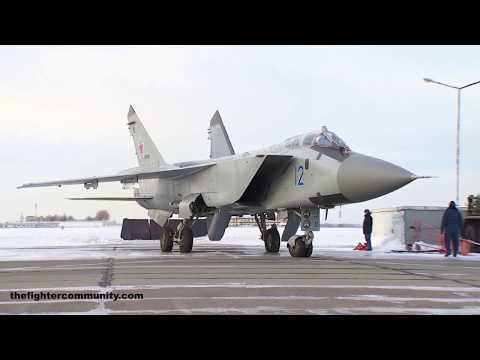 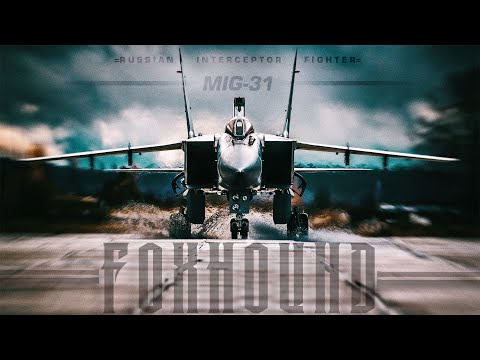