MiG-35 Fulcrum-F is a new export variant that combines the modern systems of the MiG-29M2 with an AESA radar and manufactured by Mikoyan. The fighter plane has the thrust vectoring of the MiG-29OVT as an additional option.

MiG-35 Fulcrum-F is compatible with Russian and foreign-origin weapons applications and an integrated variety of defensive systems to increase combat survivability. The fighter plane is being marketed globally under the designation MiG-35 (single seat) and MiG-35D (dual seat).

The final version of MiG-35 was displayed for the first time at Aero India 2007. The prototype of the MiG-35 had been shown to the public in 2005 at air shows in Russia and the UK.

MiG-35 is a contender to the Eurofighter Typhoon, F/A-18E/F Super Hornet, Dassault Rafale, JAS 39 Gripen and F-16 Falcon for the bid of more than 126 multirole combat aircraft worth $10bn to be procured by the Indian Air Force in Indian MRCA competition.

Mikoyan will commenced production of the MiG-35 fighter at the Sokol aviation plant in Russia in 2013 or 2014 as part of the bid. The export version aircraft was demonstrated to the Russian President, Vladimir Putin at MAKS-2019 airshow in August 2019.

MiG-35 is the first Russian aircraft to be fitted with active electronically scanned array radar. The Zhuk-MA’s antenna consists of 160 modules, each with four receive-and-transmit modules. It is believed to offer a 160km (85nm) air target detection radius and 300km for surface ships.

Like radar, OLS allows the MiG-35 to detect targets and aim weapon systems. But, unlike radar, OLS has no emissions, meaning it cannot be detected.

OLS works like a human eye by getting the picture and later analysing it. NII PP, the federal space agency science and research institute’s engineers have chosen more short-wave bands for the matrix, which has increased sensitivity of the complex several times and has increased detection range.

The OLS on the MiG-35 is considered to help pilots to spot even the USAF’s stealth planes. OLS includes a complex of powerful optics with IR vision that makes it impossible for any plane to hide.

OLS solves the problem of blurred vision. At speed, each piece of dust can cause harm to the glass of the OLS. The new OLS uses leuco-sapphire, the next-hardest material after artificial diamonds, making the lifetime for such glass much longer. According to NII PP engineers, leuco-sapphire is clear for all the OLS emissions and doesn’t corrupt the signal, an important factor for the optical systems.

The MiG-35 Fulcrum-F is powered by two RD-33MKBs that can be fitted with KliVT swivel-nozzles and a thrust vectoring control (TVC) system. The MiG-35’s combination of TVC and advanced missile-warning sensors gives it the edge during combat.

RD-33 engines generate 7% more power compared to the baseline model due to the modern materials that go into the manufacturing of the cooled blades. The engines provide a higher-than-average thrust of 9,000kgf.

RD-33 engines are smokeless and include systems that reduce infrared and optical visibility. The engines may be fitted with vectored-thrust nozzles, which would result in an improvement in combat efficiency.

Russia’s developmental work on thrust vectoring started in 1980s. The Sukhoi and Saturn / Lyulka engine design bureaus led the way, and their efforts resulted in the Su-30 MKI aircraft.

The MiG and Klimov engine bureaus began their work in the field of thrust vector engines a little later and aimed at all-aspect thrust vectoring, as opposed to Sukhoi / Saturn’s two dimensional (horizontal / vertical) vectoring.

Klimov achieved all-aspect vectoring with the aid of three hydraulic actuators that deflect the nozzles, and are mounted at 120A° intervals around the engine nacelle. This enabled MiG-35 to fly at very low speeds without angle-of-attack limitations, and ensured that it will also remain controllable in zero-speed and ‘negative-speed’ (tail-forward) areas for sustained periods.

The MiG-35 is a highly manoeuvrable air superiority fighter, which was shown for the first time in August 2005 during the MAKS Air Show outside Moscow. The fighter is powered by RD-33 OVT thrust vectoring control engines. The RD-33 OVT engines provide superior manoeuvrability and enhance the fighter’s performance in close air-to-air engagements.

The MiG-35 presents super-manoeuvrability, a capability to fly at supercritical angles of attack at increased level of sustained and available g-loads and high turn-angle rate, which requires a greater thrust-to-weight ratio and improved wing aerodynamic efficiency.

The aircraft’s suite of guided weapons includes Kh-31A anti-ship missiles with active radar seekers, the Kh-31P anti-radar missiles, Kh-29TE missiles and KAB-500Kr TV-guided bombs. Added, when equipped with an external optical / laser targeting pod, the fighter can use the Kh-29L air-to-surface missiles and KAB-500L laser-guided bombs. These weapons will allow the aircraft to engage aerial and land targets.

Italy-based Elettronica signed an agreement with Mikoyan in 2007 to support in incorporating ELT/568(V)2 self-protection jammer in the MiG-35. The jammer renders self defence from radar controlled anti-aircraft artillery.

An addition of a strap-on tank behind the cockpit has allowed MiG-35 to have a higher internal fuel capacity of 950l. The capacity of the external fuel tank suspended under the fuselage has increased up to 2,000l. Ferry range with three external fuel tanks has also been increased, rising to 3,100km, and with one in-flight refuelling the range will be 5,400km.

The fuel management system has also been digitised, and includes a new digital fuel metering system. 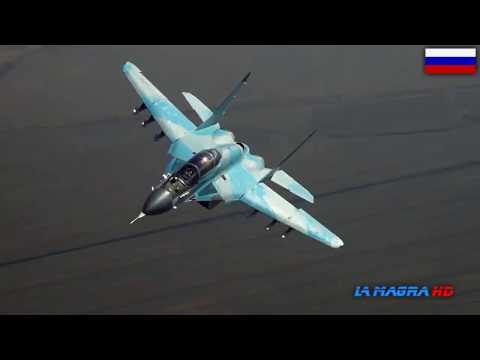 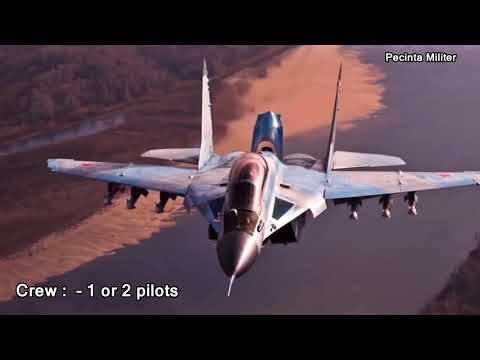 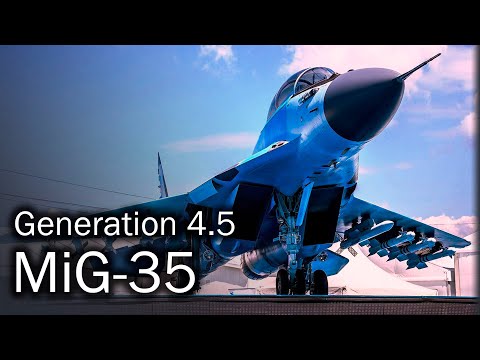