The helicopter can be deployed in a wide range of missions such as troop transport, search-and-rescue (SAR), medical evacuation (MEDEVAC) and casualty evacuation (CASEVAC). It can also be used for special operations, including counter terrorism, electronic warfare, airborne command post, VIP transport and utility support such as disaster relief. It can transport up to 20 fully equipped troops.

NH90 helicopter programme is managed by the NAHEMA (Nato Helicopter Management Agency) and NHIndustries. NHIndustries also produces NFH, which is a naval version of the NH90.

In 2007, France placed an order for 34 TTH helicopters, plus 34 options to replace its Puma helicopters in the ALAT (French Army Aviation). The French Defence Procurement Agency (DGA) exercised the options for a batch of 12 and 22 NH90 helicopters in November 2007 and December 2009, respectively. The first helicopter was delivered in January 2012.

In January 2016, the French DGA ordered an additional six helicopters, bringing the total firm orders to 74 helicopters. Deliveries are scheduled to conclude by 2019.

The Dutch Ministry of Economic Affairs (MEA) entered a contract with NHIndustries for participation in the sustainment phase of the helicopter.

The Spanish Army received the first two NH90 helicopters from the Airbus Helicopters in September 2016.

A total of 365 helicopters have been delivered in TTH and NFH configurations as of October 2018.

TTH incorporates a low-weight composite airframe. Its strengthened structure increases the fatigue life and can withstand corrosion and battlefield damage. The helicopter features a fully composite crash-worthy fuselage. The fuselage is provided with a rear ramp to enable the loading of a light tactical vehicle.

Its composite rotor blades are designed to enhance damage tolerance and component life while delivering improved aerodynamic performance. The TTH version is specially configured to meet the requirements of utility-based operations in all environments by day and night. The modular cabin design allows the operators to perform modifications according to their specific missions and roles.

A pilot and co-pilot can be accommodated in the cockpit. The full glass cockpit is equipped with an integrated avionic suite, advanced controls, a communication suite, and a navigation system. It is also equipped with multifunction displays.

Armament, self-protection and survivability of the NH90

NH90 TTH is provided with a fully integrated weapon system, allowing the helicopter to operate in potential asymmetric threat environments. The helicopter is armed with a door-mounted 7.62mm or 12.7mm pintle machine gun.

The helicopter offers a high degree of ballistic tolerance and survivability features, which are essential when flying in a combat environment. It is equipped with an advanced self-protection suite, including a laser warning sensor, radar warning receiver, missile launch detection system and chaff/flare dispensing system.

Performance of the NH90 helicopter

The primary role of the NFH version is autonomous anti-submarine warfare (ASW) and anti-surface unit warfare (ASuW), mainly from naval ships. These aircraft are equipped for day and night, adverse weather and severe ship motion operations. Additional roles include anti-air warfare support, vertical replenishment (VERTREP), search and rescue (SAR) and troop transport. France are splitting their purchase between the “NFH version combat” costing €43.3m in FY2013 and the “NFH version soutien” (support) at €36.4m in FY2013.

The primary role of the TTH version is the transport of 20 troops or more than 2,500 kg of cargo, heliborne operations and search & rescue. It can quickly be adapted to MEDEVAC/CASEVAC missions by fitting up to 12 stretchers or cargo delivery capability. Additional roles include special operations, electronic warfare, airborne command post, parachuting, VIP transport and flight training.

The MTT is a blend between the TTH and NFH, combining the land-based configuration of the TTH with specialized maritime features of the NFH, including folding rotorblades, a tail-boom, and a strengthened undercarriage. The variant was first announced in February 2019 and has reportedly piqued interest from the Spanish and Italian armed forces who may order this variant as part of existing orders. 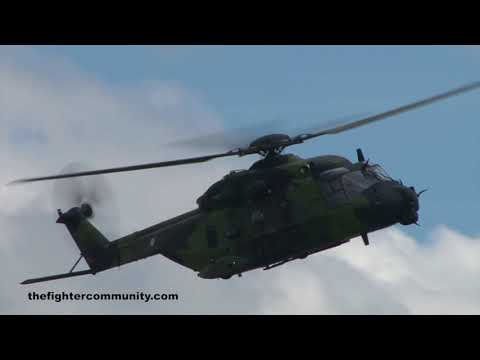 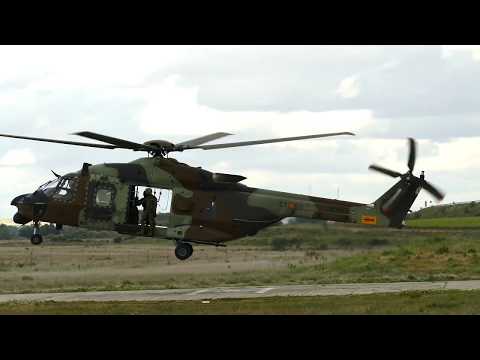 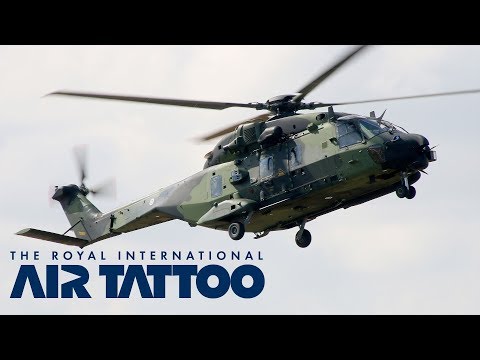