UK CVF Royal Navy aircraft carriers, HMS Queen Elizabeth and HMS Prince of Wales, are the largest warships ever constructed in the country.

The carrier has a maximum speed of 25k. At 15k, the range is 10,000nm and the ship carries food and fuel for an endurance of seven days between replenishments. Each ship can accommodate a minimum crew of up to 700, extending to 1,600 with aircraft onboard.

The CVF Integrated Project Team managed the procurement programme on behalf of the Ministry of Defence Procurement Executive. The construction of the carriers began with the first steel cut in Govan at the BVT shipyard in July 2009.

HMS Queen Elizabeth was officially christened by The Queen in July 2014 and entered service in December 2017.

The HMS Prince of Wales sailed into its homeport of Portsmouth Naval Base for the first time in November 2019. The ship was commissioned in December 2019. The two aircraft carriers are expected to be fully operational by the end of 2020.

Six British shipbuilding yards played a significant role in the ships’ design and construction, and over 10,000 people were involved in the programme to deliver the aircraft carriers.

In January 2003 the Ministry of Defence (MOD) announced that the preferred prime contractor for the UK future aircraft carrier is BAE Systems with Thales UK as the key supplier. The industrial partnership between BAE Systems and Thales UK is known as the Aircraft Carrier Alliance.

Babcock and VT Group joined the alliance in 2005. VT Group later sold its shipbuilding operation to BAE Systems, while the remaining support and training unit was acquired by Babcock.

In February 2005, Kellogg, Brown & Root UK (KBR) was appointed as preferred ‘physical integrator’ for the project and was responsible for developing the optimum manufacturing strategy. The company was not a part of the alliance for the manufacturing phase.

“UK CVF Royal Navy aircraft carriers, HMS Queen Elizabeth and HMS Prince of Wales, are the largest warships ever constructed in the country.”

In July 2007, the UK MOD announced main gate approval for the construction of the carriers. At the same time, BAE Systems and VT Group announced the planned creation of a joint venture for the design, manufacture and support of UK surface warships. The joint venture company, called BVT Surface Fleet, began operations on 1 July 2008. It was followed on 3 July 2008 by the UK MOD signing the contracts for the two carriers with BVT and other members of the alliance.

In March 2008, Brand-Rex Limited of Scotland was contracted to provide blown-fibre-optic cable plant (BFOCP) technology. Installation and project management services for the £3m-plus contract were provided by Alfred-McAlpine – IT Services. Fluid Transfer International won a £4m contract to install aviation fuel systems equipment. Salt Separation Services was chosen to provide reverse osmosis equipment as part of a contract worth more than £1m. The equipment will provide 500t of fresh water daily for the personnel onboard. In February 2008, Babcock was awarded a £35m contract for the dockyard modifications required. It purchased the largest crane in the UK, called the Goliath in 2011.

The Maritime Group at QinetiQ developed a suite of advanced modelling and simulation programmes that were used by the QinetiQ and DPA teams with BAE Systems and the major contractors to characterise the hull, flight deck, hangar deck, internal carrier design and other features.

The hull designs are planned for 50-year service life and are configured with a ski ramp for short take-off and vertical landing (STOVL) operations. The carrier’s service life is substantially longer than the 20-year service life of the selected F-35 STOVL carrier aircraft. The hull is nine-decks-deep plus the flight deck. Tata Steel supplied 40,000t of steel, making up for over 90% of the steel used in the build.

Advantages of the two-island configuration on the Royal Navy carriers

Instead of a traditional single island, a current ship design has two smaller islands. The forward island is for ship control functions and the aft (FLYCO) island is for flying control.

Advantages of the two-island configuration are increased flight deck area, reduced air turbulence over the flight deck and increased flexibility of space allocation in the lower decks. The flight control centre in the aft island is in the optimum position for control of the critical aircraft approach and deck landings.

The radar fit includes the Insyte Artisan 3D Radar. The ship’s main radar was added on top of her forward island in 2013.

The deck can support simultaneous launch and recovery operations. The deck is fitted with a 13° bow deck ski jump.

No catapult or arresters were fitted in the initial build but the carrier is built to accommodate a future back-fit. The carrier is fitted with a steam catapult or electromagnetic launch system and arrester gear if the option to convert the carrier to the conventional take-off and landing (CTOL) variant proceeds.

The deck has three runways: two shorter runways of approximately 160m for the STOVL joint strike fighter and a long runway, approximately 260m over the full length of the carrier, for launching heavily loaded aircraft – an area of nearly 13,000m². The deck has one or two vertical landing pads for the F-35 aircraft towards the stern of the ship.

Jet blast deflectors are fitted on each runway 160m back from the bow ski jump and probably in line with the rear wall of the first island. The deflectors protect the deck from the blast of the F-35 joint strike fighter aircraft engines, operating at maximum thrust for take-off.

There are two large 70t-load deck-edge aircraft lifts, built by McTaggart Scott of Loanhead, Scotland, to transfer aircraft between the hangar and flight decks, one between the islands and one to the aft of the FLYCO island.

QinetiQ and the US Navy carried out a study on an electromagnetic catapult launcher. Early studies indicated that a 300ft-long, 90MW linear motor would be needed for the CVF aircraft carriers, but both the MOD and UK industry would wish to see the results of demonstrations and trials of electromagnetic launcher technology before considering the selection of a launch system.

A number of hull armour features such as the armoured bulkheads and the side armour plates were dropped from the original project design due to budget constraints. The ship’s present hull design enables a future upgrade to accommodate a catapult launch system.

The carrier is installed with the Phalanx CIWS close-in weapons system, a rapid-fire, computer-controlled, radar-guided gun to defeat anti-ship missiles and other close-in threats.

Selex Communications was awarded the production contract for the vessels’ identification friend or foe (IFF) systems in October 2007.

The Queen Elizabeth Class is fitted with the Royal Navy’s new-generation maritime medium-range radar (MRR) to replace the type 996 surveillance and target indication radar. In August 2008, BAE Systems Insyte (with Qinetiq) ARTISAN 3D E/F-band radar was selected for the MRR.

The gas turbines and diesel engines are the largest supplied to the Royal Navy, their combined power feeds the low-voltage system and supplies two tandem electric propulsion motors that drive a conventional twin-shaft arrangement, fitted with fixed-pitch propellers.

In December 2007, the UK MOD placed a contract with Wartsila Defence for two 12-cylinder and two 16-cylinder Wartsila 38 diesel engines for the IEP of each ship.

CVF has two bronze propellers, each 6.7m in diameter and weighing 33t. The anchors are 3.1m in height and weigh 13t.

CVF will carry over 8,600t of fuel to support both the vessel and aircraft. 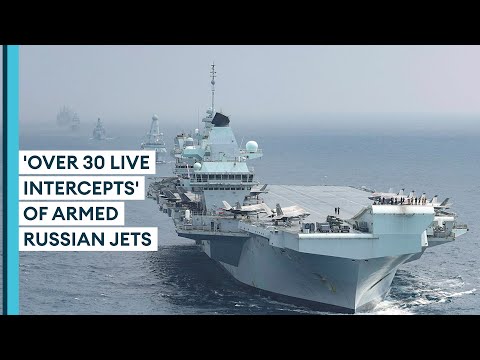 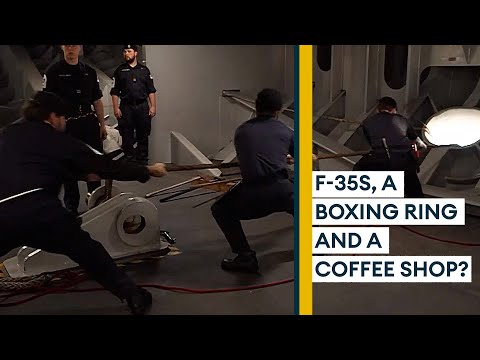 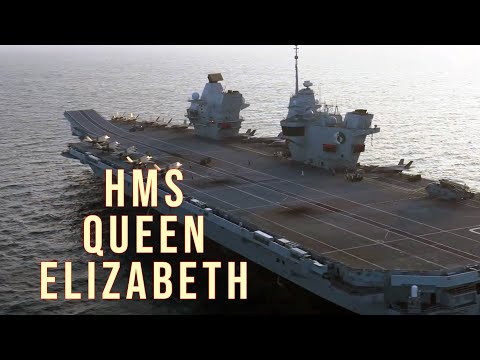