The ships are based at the Brindisi naval base on the Adriatic coast. The Italian Navy plans to replace the first two San Giorgio Class ships with new 20,000t LHDs.

The ships provide roll-on / roll-off landing capability for land embarkation, air lift through the use of high capacity aircraft, such as Chinook-type helicopters, and transportation by sea to shore, using the ship’s own systems and landing ships for landing on unprepared shores.

“San Giorgio and San Marco were modified to increase the flight deck for supporting the operations of four helicopters at a time.”

San Giorgio Class ships can lift a battalion of troops, with up to 30 medium tanks, or 36 tracked armoured vehicles. The stern floodable dock can accommodate three LCM (or MTM) landing craft, each capable of transporting 30t of material.

Three davits on the main deck are provided for the deployment of three LCVP (or MTP) landing craft and a patrol boat.

San Giusto has a full load displacement 300t higher than her sister ships. The ship has no bow doors for beach landings. The three davits for the deployment of landing craft and the patrol boat are relocated to a sponson installed on the port side of the ship, instead of on the flight deck.

San Giorgio and San Marco were modified to increase the flight deck for supporting the operations of four helicopters at a time. The 76mm gun mount and two port side davits for LCVP’s were removed to provide space for a new central flight deck.

This allows two EH 101 helicopters and two medium helicopters (NH 90 or AB 212) to be launched at the same time. The LCVP’s were moved to below the sponson and the bow doors were also removed.

A 30t lift and a two-hook travelling crane, each hook rated to carry 40t, are installed on the ship providing the capability of autonomous loading and unloading operations completely independently of harbour facilities.

The ship has the IPN 20 combat data system and the NA 10 fire control system, both from Selex Sistemi Integrati (formerly Alenia Marconi Systems). It is also equipped with a telecommunications system from Elmer MAC.

An Oto Melara 76/62 gun is installed on the gun deck at the bow of the ship. The gun fires 6kg rounds at a firing rate of more than 80 rounds/min to a target range of 8.5 nautical miles.

Sensors of the LPDs

The ships are powered by two GMT A 420.12 diesel engines supplied by the Diesel Engine Division of Fincantieri. The engines provide 16,800hp, delivered to two shafts with constant pitch propellers.

The ship is equipped with four Fincantieri GMTB 230.6 diesel generators supplying 3,080kW. The propulsion system provides a maximum continuous speed of 21 knots. At the economical speed of 16 knots the maximum range of the ship is 7,500 nautical miles.

The two oldest vessels of this class are scheduled for replacement. The Italian Navy has received the go-ahead to procure two 21,000/24,000-ton 190-metre (620 ft) long amphibious assault ships (landing helicopter dock), with the possibility of a third ship, configured with extensive aviation facilities (landing helicopter assault) 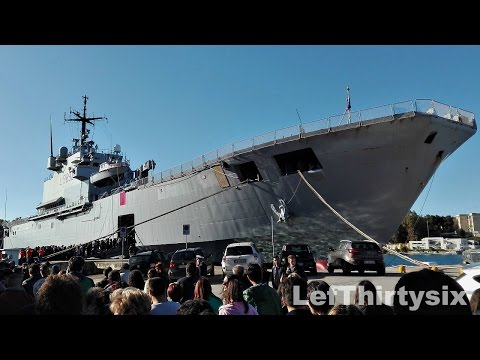 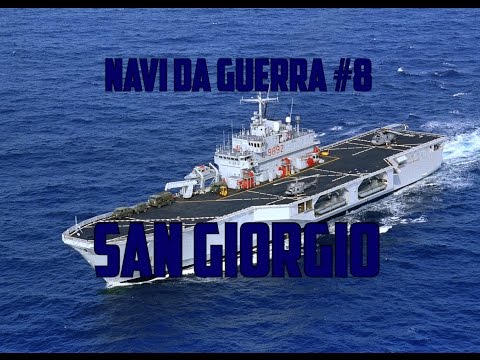