The Su-27 (Nato designation Flanker) is the front-line fighter aircraft designed by the Sukhoi Design Bureau and manufactured by Irkut Corporation. The export version is the Su-27SK.

The aircraft is equipped to operate autonomously in combat over hostile territory, in escort of deep-penetration strike aircraft and in the suppression of enemy airfields. The aircraft provides general air defence in cooperation with ground and airborne control stations. A naval variant with folding wings, the Su-33, exists.

There are several related developments of the Su-27 design. The Su-30 is a two-seat, dual-role fighter for all-weather, air-to-air and air-to-surface deep interdiction missions. The Su-33 ‘Flanker-D’ is a naval fleet defense interceptor for use on aircraft carriers. Further versions include the side-by-side two-seat Su-34 ‘Fullback’ strike/fighter-bomber variant, and the Su-35 ‘Flanker-E’ improved air superiority and multi-role fighter. The Shenyang J-11 is a Chinese licence-built version of the Su-27.

Su-27 entered production in 1982 and is in service with Russia, Ukraine, Belarus, Kazakhstan, Indonesia, Uzbekistan and Vietnam, and is built under license in China as the F-11. A variant, the Su-30MK, has been sold to India with licensed local production.

“The Su-27 (Nato designation Flanker) is a front-line fighter aircraft.”

50 aircraft were ordered from Irkut and the first entered service with the Indian Air Force in September 2002. The last was delivered in December 2004.

The first of up to 140 aircraft indigenously built by Hindustan Aeronautics Ltd (HAL) was delivered in November 2004. China ordered 76 two-seat Su-30MKK and 24 Su-30MK2 naval fighters. Deliveries were completed in August 2004. Indonesia ordered two Su-27SK and two Su-30MK aircraft which were delivered in September 2003.

In May 2006, the Su-27 was selected by the Mexican Navy. Ten aircraft are required, eight single-seat and two Su-27UB two-seat trainers.

The latest version is the Su-27SM, an upgrade for the Russian Air Force which has strengthened fuselage for extra weapons payload, improved N001 radar, glass cockpit with three-colour multi-function displays and improved avionics. The first was delivered in December 2003.

The Su-27 is a highly integrated twin-finned aircraft. The airframe is constructed of titanium and high-strength aluminium alloys. The engine nacelles are fitted with trouser fairings to provide a continuous streamlined profile between the nacelles and the tail beams. The fins and horizontal tail consoles are attached to tail beams.

The central beam section between the engine nacelles consists of the equipment compartment, fuel tank and the brake parachute container. The fuselage head is of semi-monocoque construction and includes the cockpit, radar compartments and the avionics bay.

The aircraft is equipped with a 30mm GSh-301 gun with 150 rounds of ammunition and a range of missiles, rockets and bombs mounted externally on ten hardpoints.

The Su-27 is equipped with a new electronic countermeasures suite for individual aircraft, and for mutual and group protection in the forward and rear hemispheres.

The Su-27 is equipped with a Phazotron N001 Zhuk coherent pulse Doppler radar with track-while-scan and look-down / shoot-down capability.

The range of the radar against 3m² targets is over 100km in the forward hemisphere and 40km in the rear hemisphere. The radar has the capacity to search, detect and track up to ten targets with automatic threat assessment and proritisation.

The aircraft has an OEPS-27 electro-optic system, which includes an infrared search-and-track (IRST) sensor collimated with a laser rangefinder. The range of the electro-optical system is 40-100km, depending on the aspect angle presented by the target.

“The latest version is the Su-27SM, an upgrade for the Russian Air Force.”

The Su-27 is equipped with an electro-optical fire-control system, supplied by the Urals Optical and Mechanical Plant (YOM3), and a Geofizika FLIR (forward-looking infrared) pod. Leninetz of St Petersburg supplies the radar systems and TsNIRTI the electronic countermeasures suite.

The twin-shaft, turbo-fan engine has after-turbine flow mixing, a common afterburner, an all-mode variable area jet exhaust nozzle, an independent start and a main electronic control, and a reserve hydromechanical engine mode control system. The high-temperature sections of the engines are made of titanium alloy. 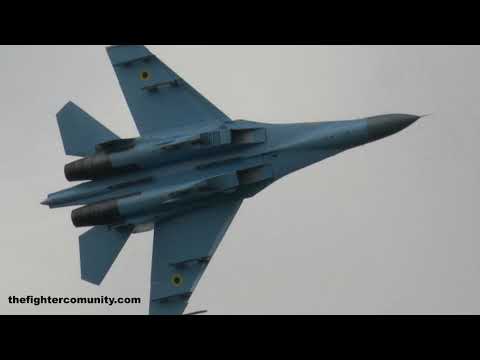 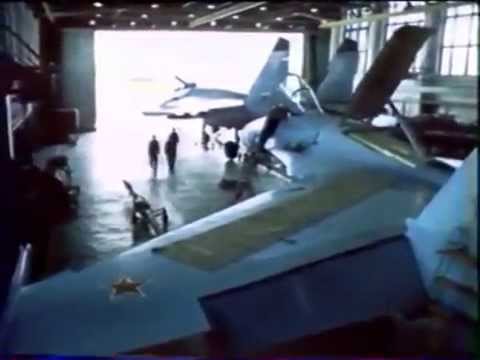 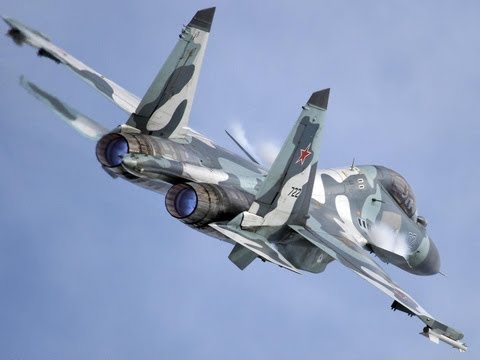