The Su-30 started out as an internal development project in the Sukhoi Su-27 family by Sukhoi. The design plan was revamped and the name was made official by the Russian Defense Ministry in 1996. Of the Flanker family, the Su-27, Su-30, Su-33, Su-34 and Su-35 have been ordered into limited or serial production by the Russian Defense Ministry. The Su-30 has two distinct version branches, manufactured by competing organisations: KnAAPO and the Irkut Corporation, both of which come under the Sukhoi group’s umbrella.

KnAAPO manufactures the Su-30MKK and the Su-30MK2, which were designed for and sold to China, and later Indonesia, Uganda, Venezuela, and Vietnam. Due to KnAAPO’s involvement from the early stages of developing the Su-35, these are basically a two-seat version of the mid-1990s Su-35. The Chinese chose an older but lighter radar so the canards could be omitted in return for increased payload. It is a fighter with both air supremacy and attack capabilities, generally similar to the U.S F-15E Strike Eagle.

Irkut traditionally served the Soviet Air Defense and, in the early years of Flanker development, was given the responsibility of manufacturing the Su-27UB, the two-seat trainer version. When India showed interests in the Su-30, Irkut offered the multirole Su-30MKI, which originated as the Su-27UB modified with avionics appropriate for fighters. Along with its ground-attack capabilities, the series adds features for the air-superiority role, such as canards, thrust-vectoring, and a long-range phased-array radar. Its derivatives include the Su-30MKM, MKA, and SM for Malaysia, Algeria, and Russia respectively. The Russian Air Force operates several Su-30s and has ordered the Su-30SM variant as well.

The two-seat Su-27UB combat trainer was selected as the basis for the Su-27PU, because it had the performance of a single-seat Su-27 with seating for two crew members. A “proof-of-concept” demonstrator flew 6 June 1987, and this success led to the kick-off of development work on two Su-27PU prototypes. The first Su-27PU flew at Irkutsk on 31 December 1989, and the first of three pre-production models flew on 14 April 1992.

The Su-30 is a multirole fighter. It has a two-seat cockpit with an airbrake behind the canopy.

The integrated aerodynamic configuration, combined with the thrust vectoring control ability, results in high manoeuvrability and unique takeoff and landing characteristics. Equipped with a digital fly-by-wire system, the Su-30 is able to perform some very advanced manoeuvres, including the Pugachev’s Cobra and the tailslide. These manoeuvers quickly decelerate the aircraft, causing a pursuing fighter to overshoot, as well as breaking a Doppler radar-lock, as the relative speed of the aircraft drops below the threshold where the signal registers to the radar. 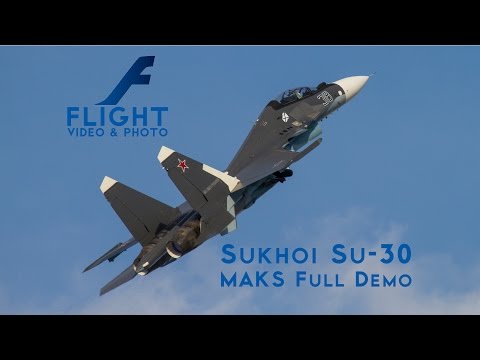 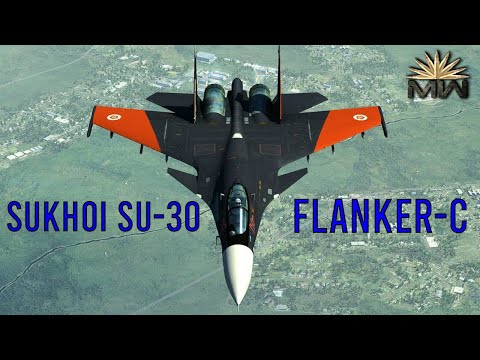 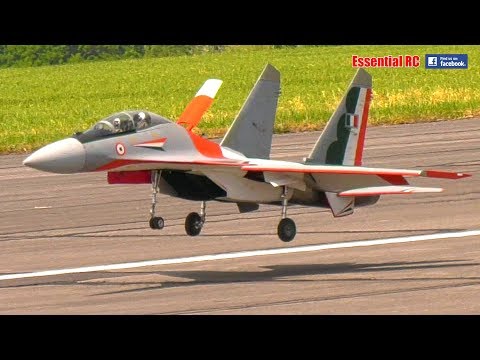