The Su-34 design retains the basic layout and construction of the Su-27 airframe along with conventional high-wing configuration and onboard equipment.

Full-rate production began in January 2008. In the same month, the Russian Air Force stated that 70 aircraft would be secured by 2015.

Under a state contract with the Russian Ministry of Defence, Sukhoi will deliver the Su-34 bombers to the Russian Air Force and army units until 2020.

Sukhoi transferred the final consignment of Su-34 front-line bombers to the Russian Air Force in December 2013, concluding the five-year state contract signed in 2008.

Under the 2014 State Defence order, Sukhoi released the first set of serial Su-34 frontline bombers to the Russian Air Force in June 2014. The second batch was delivered in July 2014 and a further delivery of Su-34 bombers was made in October 2014. An additional two bombers were handed over in December 2014.

Under the 2015 state defence order, Sukhoi provided the first two batches of Su-34 aircraft to the Russian Ministry of Defence (MoD) in May 2015.

An additional batch of Su-34 bombers was delivered to the MoD in November 2015. The firm concluded the 2015 state defence order with the delivery of two aircraft in December 2015.

Following the 2016 state defence order, Sukhoi handed over three batches of Su-34 frontline bombers to the Russian Air Force in 2016.

The Su-34, however, has a changed contour of the nose section to accommodate an advanced, multi-mode, phased array radar with terrain following and terrain avoidance modes.

It has a two-seat rather than single-seat cockpit and capacity of the internal fuel tanks has been increased with a resulting increased take-off weight. Changes have been made to the central tail boom for rear-facing radar.

The cockpit has two K-36DM zero/zero ejection seats side-by-side for the pilot and co-pilot. The seats are supplied by Zvesda Research and Production Enterprise Joint Stock Company, Moscow. The multifunction displays in the cockpit show the flight parameters, the operational status of the aircraft units, and tactical data.

Weapons onboard the Su-34

The Su-34 is armed with a 30mm GSh-301 gun and 180 rounds of ammunition. The gun has a maximum rate of fire of 1,500 rounds a minute and the muzzle velocity is 860m/s. It is supplied by the Instrument Design Bureau, Tula.

The aircraft has ten hardpoints for weapon payloads and is able to carry a range of missiles, including air-to-air, air-to-surface, anti-ship and anti-radiation missiles, guided and unguided bombs, and rockets. The aircraft is fitted with a target designator.

The R-73, Nato codename AA-11 Archer, short-range, air-to-air missile is supplied by the Vympel State Engineering Design Bureau, Moscow. The R-73 is an all-aspect missile capable of engaging targets in tail-chase or head-on mode. The missile has cooled infrared homing.

The R-73 attacks the target within target designation angles of ±45° and with angular rates up to 60° a second. The missile can intercept targets at altitudes between 0.02km and 20km, and target G-load to 12g, with target speeds of up to 2,500km/h.

Also known as the RR-77 or by the Nato designation AA-12, the RVV-AE long-range air-to-air missile is manufactured by Vympel. The missile can intercept targets at speeds up to 3,600km/h and altitudes from 0.02km to 25km. The minimum range in the aft hemisphere is 300m and the maximum vertical separation between the host aircraft and the target is 10km.

The RR-77 has inertial guidance with mid-course radio updates and terminal active guidance. A new, longer-range (150km) version of the R-77, with solid fuel ram-jet propulsion, is being tested by Vympel.

The Su-34 carries a range of precision-guided and unguided bombs and rockets, including the KAB-500 laser-guided bomb developed by the Region State Research and Production Enterprise, Moscow.

Systems of the Su-34

The Su-34 is equipped with an electro-optical fire control system, supplied by the Urals Optical and Mechanical Plant (YOM3), and a Geofizika FLIR pod, with forward-looking infrared. Leninetz of St Petersburg supplies the passive phased array radar system and TsNIRTI the electronic countermeasures suite.

First production aircraft are powered by two after-burning NPO Saturn AL-31F turbofan engines. Later aircraft may be fitted with MMPP Salyut AL-31F-M2/3 or NPO Saturn 117 engines. They are mounted under the wing and are equipped with all-duty fixed geometry air intakes. A rotor protection installed in the air intakes provides protection against the ingestion of foreign objects.

Internally, the aircraft can carry 12,100kg of fuel in two fuel tanks in the wings and four in the fuselage. Three external 3,000l fuel tanks can also be fitted. 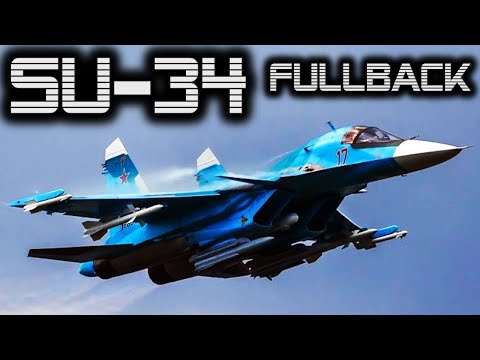 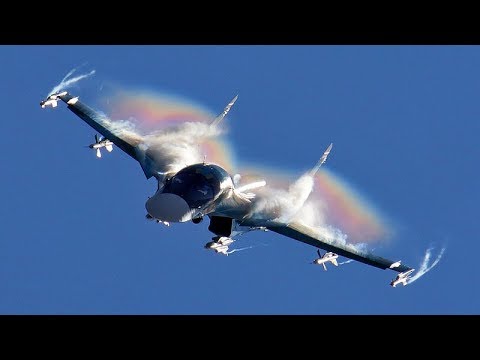 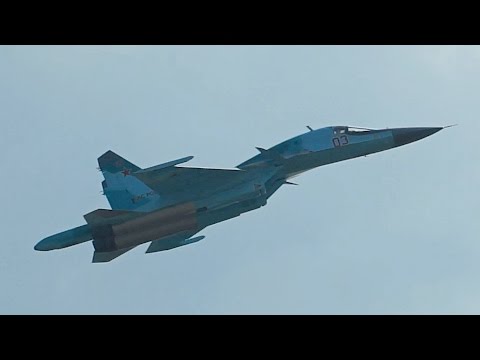