The UH-60 Black Hawk, developed by Sikorsky, has been operational in the US Army since 1978.

The S-70A helicopter is the export version of the multi-mission UH-60 Black Hawk helicopter.

More than 2,000 UH-60 Black Hawk helicopter variants are in service with the US Military and more than 600 exported.

Black Hawk helicopters have logged over four million flying hours, including a diverse range of combat missions in Grenada, Panama, in the liberation of Kuwait, Somalia, Afghanistan, Iraq and numerous humanitarian and rescue missions including operations in Bosnia.

The helicopters are manufactured at the Sikorsky Aircraft Corporation production facilities based in Stratford, Connecticut, USA. Licensed production of Black Hawk helicopters is also carried out in Japan and the Republic of Korea.

The primary mission of the Black Hawk helicopter is as a troop carrier and logistical support aircraft, but in addition, the helicopter can be configured to carry out medical evacuation, command-and-control, search-and-rescue, armed escort, electronic warfare and executive transport missions.

Black Hawk has low detectability and outstanding nap-of-the-earth flight capabilities. The aircraft is tolerant to small arms fire and most high-explosive, medium-calibre (23mm) projectiles. The flight controls are ballistically hardened and the helicopter is equipped with redundant electric and hydraulic systems.

The helicopter has the ability to absorb high-impact velocities. The fuel system is crash-resistant and self-sealing. The crew seats and the landing gear are energy absorbing.

In April 2001, the US Army approved an upgrade programme for more than 1,500 Black Hawks to UH-60M standard. The first flight of the UH60M took place in September 2003 and three helicopters have been delivered for the test programme.

The US Army initially decided to opt for new build helicopters rather than upgrade existing airframes.

The new-build helicopter entered low-rate initial production (LRIP) in April 2005. The first of 22 new UH-60Ms was delivered in July 2006. Initial operational evaluation (OPEVAL) was successful and a decision on full-rate production of 1,227 helicopters was authorised in December 2007 with the award of a five-year contract. Under this contract six UH-60M utility and 20 HH-60M combat rescue helicopters were ordered in March 2008.

The S-70A Black Hawk helicopter is flown by a crew of three: the pilot and the copilot at the flight deck and one crew member in the cabin. The S-70A helicopter is equipped with a glass cockpit and digital avionics.

The S-70 is qualified as a launch platform for the laser-guided Hellfire anti-armour missile. The Black Hawk can carry 16 Hellfire missiles using the external stores support system (ESSS). The ESSS has the capability of carrying a 10,000lb payload of missiles, rockets, cannons and electronic countermeasures pods. The helicopter can also accommodate additional missiles, supplies or personnel inside the cabin.

“The S-70A helicopter is tolerant to small arms fire.”

The cabin is equipped with a ventilation and heating system. The S-70A can carry external loads up to 9,000lb (4,072kg) on the cargo hook, for example, a 155mm howitzer. The main cabin can be cleared of troop seats for transportation of cargo. Additional stores can be carried on the external stores support system.

The S-70A is equipped with two General Electric turboshaft engines, type T700-GE-701C. US Army Blackhawks are being fitted with the latest version, the 701D, which is rated at 2,000shp.

The UH-60 comes in many variants, and many different modifications. The U.S. Army variants can be fitted with the stub wings to carry additional fuel tanks or weapons. Variants may have different capabilities and equipment to fulfill different roles. 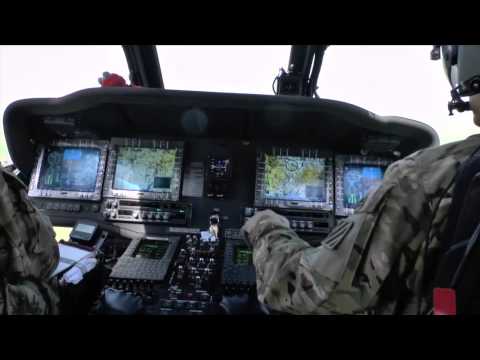 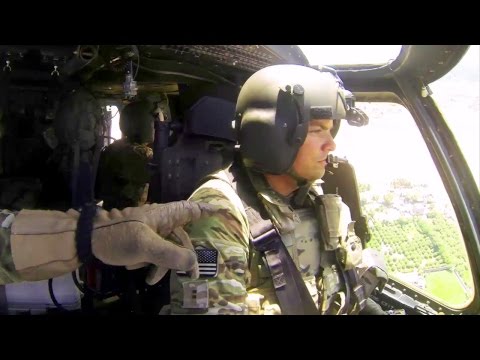